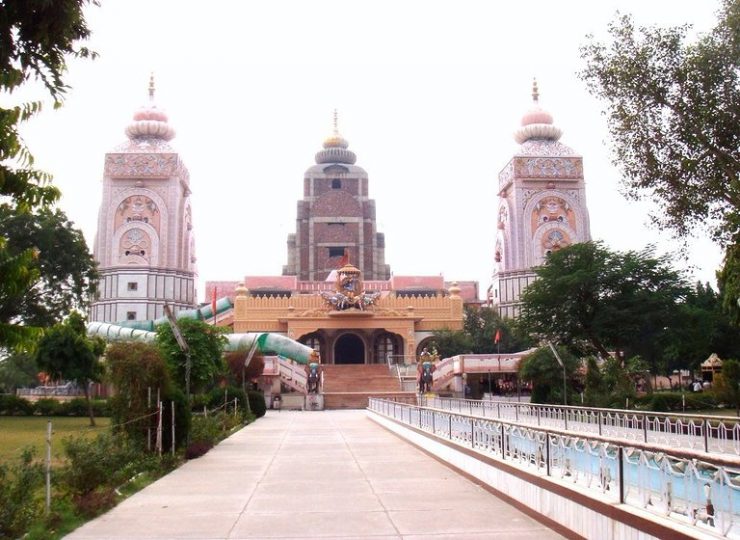 Agroha (Devnagari: ) is a Hindu temple complex in Agroha, India. Construction started in 1976 and was completed in 1984. The temple is dedicated to the Hindu goddess Mahalakshmi.

The decision to construct the temple was made at the convention of All India Aggarwal Representatives in 1976. The trust was established for this purpose under Shri Krishna Modi and Rameshwar Das Gupta. The land was donated to the trust by Laxmi Narain Gupta and construction was started under the supervision of Tilak Raj Aggarwal. The construction of the main temple was completed in 1984 while construction of other features started in 1985 under Subhash Goel.

The main temple is divided into three wings. The central wing is dedicated to Hindu goddess Mahalakshmi, western wing to goddess Saraswati and eastern wing to Maharaja Agrasena.

Shakti Sarovar is a large pond behind the temple complex. It was filled with water from 41 rivers of India in 1988. A platform at the north-west end depicts the scene of Samudra manthan. A naturopathy center is located near Shakti Sarovar, where treatment is done through yoga. An amusement park with a boating site has been built near the complex.

The Agroha Maha Kumbh festival is held every year on Sharad Purnima.