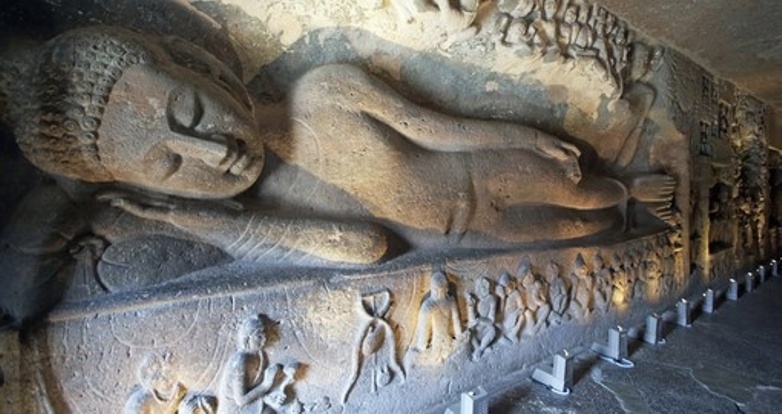 The Aurangabad caves are twelve artificial rock-cut Buddhist shrines located on a hill running roughly east to west, nearly 2 km north from Bibi KaMaqbara in Aurangabad, Maharashtra. The first reference to the Aurangabad Caves is in the great chaitya of Kanheri Caves. The Aurangabad Caves were dug out of comparatively soft basalt rock during the 6th and 7th century. The caves are divided into three separate groups depending on their location. Sculptural carvings of Aurangabad Caves reached are among the highest achievements of Indian classical art and can be compared to the best paintings of Ajanta.

The cave temples of Aurangabad cut between the 6th and the 8th century are nine kilometers from Aurangabad, near Bibi-ka-Maqbara. Carved in the Sihaychal ranges, overlooking the sprawling campus of Dr BabasahebAmbedkarMarathwada University, the Aurangabad caves somewhat have been overshadowed by the UNESCO World Heritage monuments of Ellora and Ajanta cave temples. Though its sculptures are comparable with the best in Ajanta and Ellora, scholars continued to disregard this cave group. Though in the 20th century, a few scholars started looking at these cave temples as a missing link between Ajanta and Ellora and also after an exhaustive study, were compelled to describe it as a “ Sensitive remaking of life situated in time and space span”. It is a protected monument under the Archaeological Survey of India.

Caves I and III of Aurangabad and last caves of Ajanta co-existed as is apparent from striking parallels which we come across while examining both the sites. Again at Aurangabad after a careful study of both caves I and III, the conclusion the Historians have come to is that cave III was earlier to cave I. In Cave III the artist seems to have decorated with surprisingly neat and organized designs of fretwork, scrolls, panel of couples, tassels, flowers, geometrical designs, and highest point of perfection and consummation. 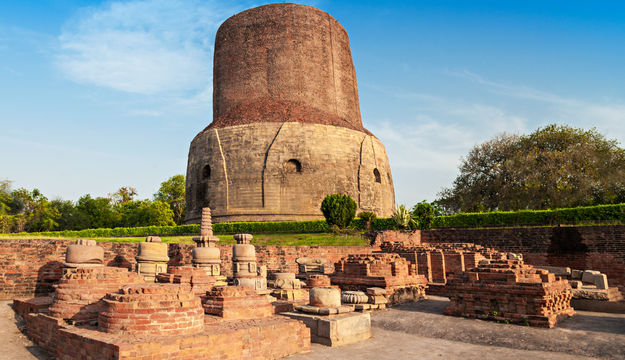