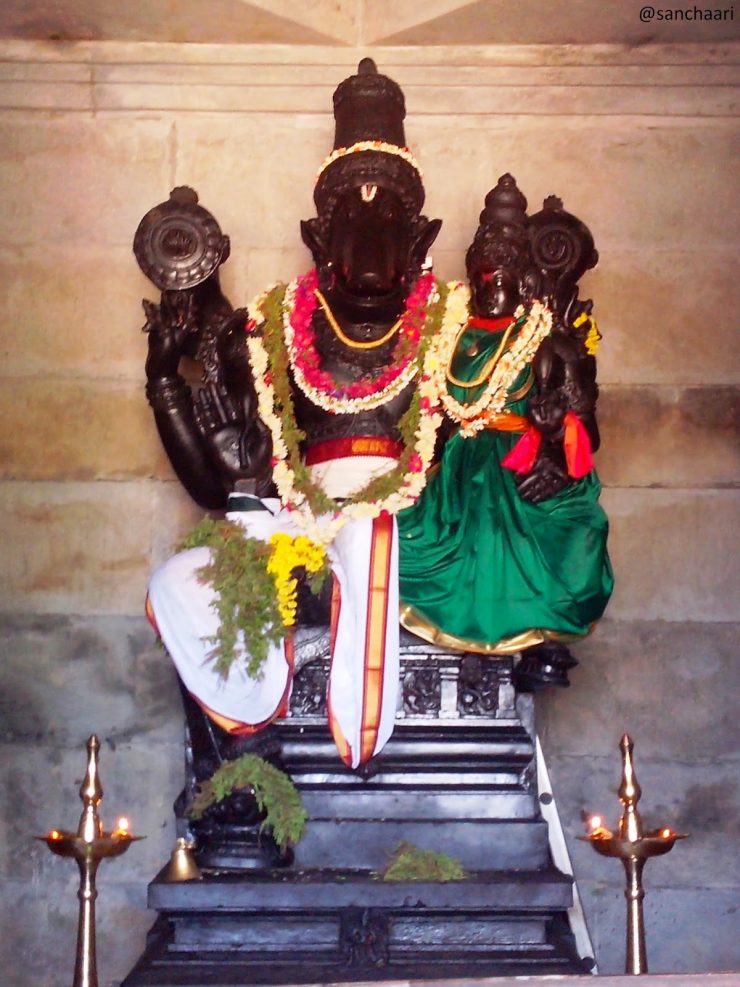 Contents hide
1 About Bhu Varsha Swamy Temple
1.1 Shri Ganagapurdatta Temple Read more
2 How to Reach
2.1 Share this:
2.2 Like this:
2.3 Related

The temple had contributions from Medieval Cholas of the 10th century with later expansions by Thanjavur Nayaks king Achuthappa Nayak. A granite wall surrounds the temple, enclosing all the shrines and the bodies of water. There is a seven-tiered raja gopuram, the temple’s gateway tower, in the temple. 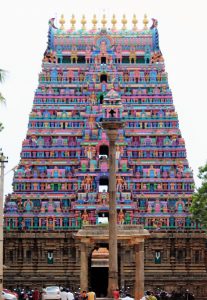 Six daily rituals and three yearly festivals are held at the temple, of which the Chariot festival, celebrated during the Tamil month of Vaikasi (April–May), is the most prominent. The festival also symbolizes Hindu-Muslim unity in the region – the flag of the chariot is provided by Muslims in the region, they take offerings from the temple and present to Allah in the mosques. The temple is maintained and administered by the Hindu Religious and Endowment Board of the Government of Tamilnadu.

During the festival deity of Bhu Varaha Swamy is taken for seven days around the villages of Srimushnam. The chariot festival is a symbol of Hindu – Muslim unity in the region, with the flag of the temple chariot offered by the local Muslims. They also accept the offerings from the festival deity and present it to Allah in the mosques. The Muslim devotees thank Allah to have brought Bhu Varaha Swamy to their place. The other festivals are Sri Jayanti Utsavam during Aavani, Navaratri, Vijayadashmi, Deepavali, and Makara Sankranti. 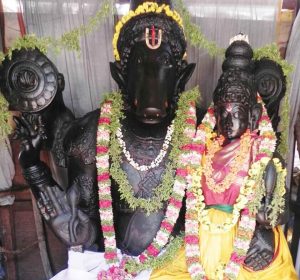 By Air: The nearest International airports are Chennai (200Km ).

By Train: Virudhachalam Railway Statio is 23 km from Temple