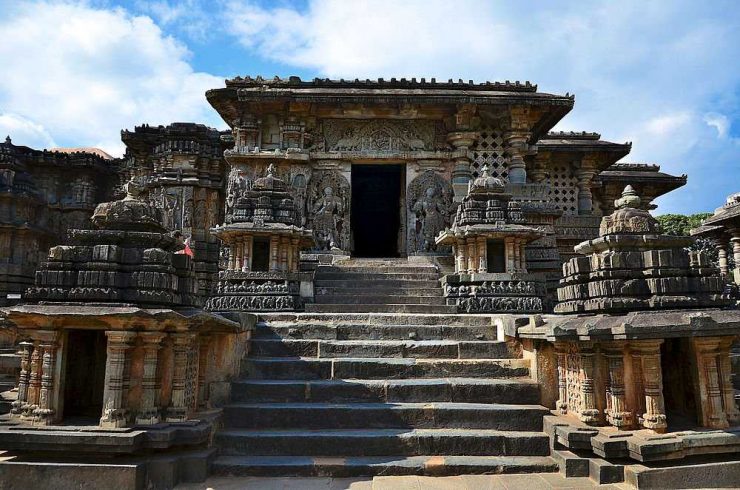 Contents hide
1 About Hoysaleswara Temple:
2 History:
3 The best time to visit:
4 Architecture:
5 How to Reach:
6 Share this:
7 Like this:
8 Related

It is known that the famous temple derived its name from the King Vishnuvardhana Hoysaleswara, who built the temple. A large amount of contribution was received from the Shaivas for the construction of the temple. It was built to compete with the Chennakesava temple which was under construction as a Vaishnava temple. The Hoysaleswara Temple is surrounded by ponds, mantapas and lakes. It is well known for the sculptures and architecture of Hoysala period. 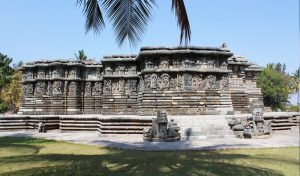 The best time to visit:

The best time to visit this temple is in February for the festival of Shivratri.

The temple has exclusive carvings and has a plan with two shrines, one for the King and one for the queen. It has about thousand figures on the walls which depict scenes of Mahabharata and Ramayana. It reflects the Hoysala architecture and was built in soapstone. The outer walls of this temple have intricate carvings and the temple has been described as an outstanding example of Hindu architecture.

The most interesting part of the temple is the Garuda Sthamba, which is a rare pillar that depicts the history of the bodyguards that lived with the Kings in olden days. These bodyguards committed suicide on the death of their master and this pillar pays homage to a bodyguard named Kuruva Lakshma who killed himself after the death of his master. The event is narrated in detail on the pillar. This temple has been listed as a heritage site by the UNESCO.

By Air: The nearest airport is Bangalore and Mysore, from there one will have to reach the temple by road.

By Rail: The nearest railway station is located at Bangalore and Mysore and there are various trains running from Hassan to Mysore and Bangalore.

By Road: The temple is very close to Halebid and there are regular buses plying from Halebid to Hassan. One can easily take a bus or train to Hassan from Bangalore.