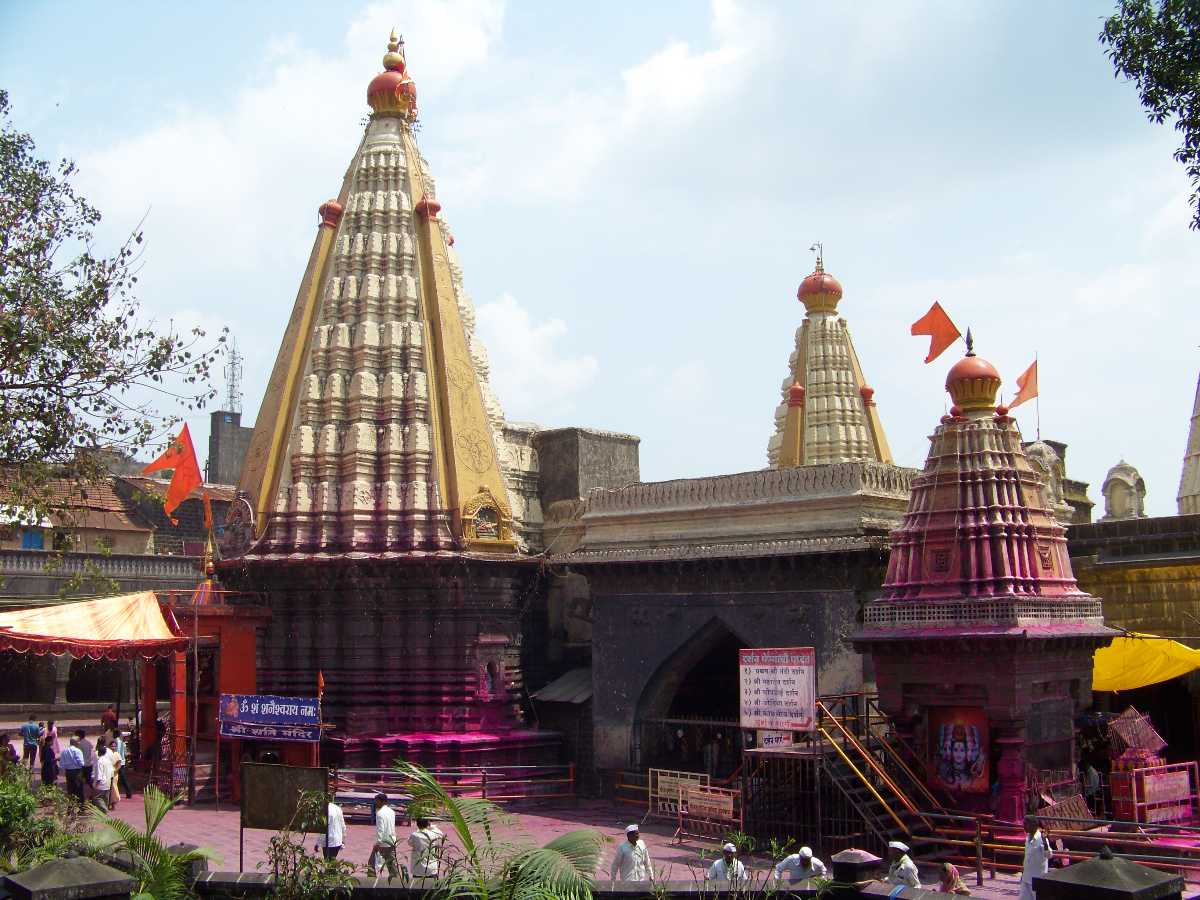 Jyotiba Temple is a holy site of Hinduism near Wadi Ratnagiri in Kolhapur district of Maharashtra state in western India. The deity of the temple is known by the same name, and is held by the locals to be an incarnation of three gods: Brahma, Vishnu, Mahesha, and Jamadagni. An annual fair takes place on the full moon night of the Hindu months of Chaitra and Vaishakha.

Legend says that the three gods took the form of Jyotiba to destroy the evil Ratnasur. Jyotiba helped Mahalakshmi in her fight with the demons. He founded his kingdom on this mountain, and belongs to the Nath cult. He was born in the hands of Vimalmbuja, the wife of the sage Pougand, on Chaitra Shukla 6th. Lord Jyotiba is the incarnation that destroyed Raktabhoj Rakshasa, and Ratnasur Rakshasa thus liberating the region from tyranny.

The idol of Lord Jyotiba is four-handed. On Chaitra Poornima of Hindu calendar, a big fair is held, when lacs of devotees come with tall (Sasan) sticks. Due to scattering of ‘Gulal’ the whole mountain is turned pink. Being Sunday is day dedicated to Jyotiba, there is always rush over there.