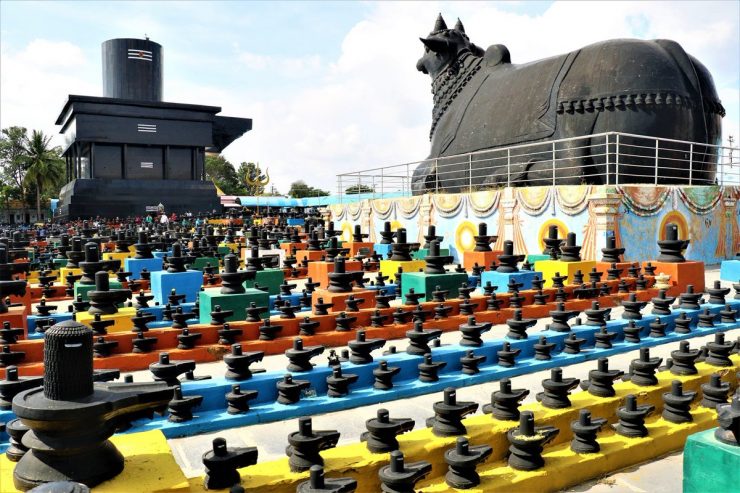 Contents hide
1 About Kotilingeshwara Temple
1.1 Shri Kshetra Gangapur Dattatreya Temple Read more
2 How to Reach
2.1 Share this:
2.2 Like this:
2.3 Related

The Lord Kotilingeshwara Temple is situated in Kammasandra Village in Kolar district, Karnataka State, India. The temple is about 6 km from Kolar Gold Fields also known as KGF. The main deity of this temple is Lord Kotilingeshwara. This Temple was constructed by Swamy Sambha Shiva Murthy which is open to the public from early morning till 9.30 am. 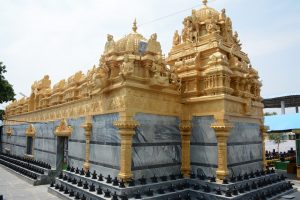 Inside the Goddess Kannika Parameswari temple, a Shiva Linga called “Shiva Panchayathi” is installed. The idols of Lord Ganesha, Lord Kumaraswamy, Goddess Parvati, and Nandi are arranged around the Linga, Giving an essence that all these Gods are offering their prayers to the Linga. A water tank is set up close to the Linga. The water is used by the devotees to offer their prayers by performing Abhisheka to the Linga with utmost devotion and faith.

There are millions of Lingas being installed surrounding the temple by the pilgrims since 1980 spread over an area of 13 acres (53,000 m2). There are more than 8.6 million Lingas installed as of 2008. The lingas installed vary between 1 foot (0.30 m) and 3 feet (0.91 m) tall. The temple was started with the intent of installing 1 crore lingas, hence the name “Kotilingeshwara”. Koti means crore (10 million). The Sahasra Linga is in the shape of a single Linga but consists of 1000 Lingas etched on a single column. One must reckon each such Linga as 1000 Lingas to arrive at the aggregate number of Lingas installed. 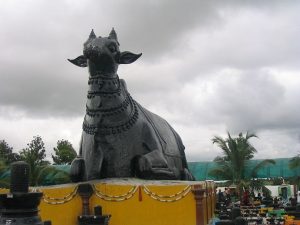 The temple has two NagaLinga Flower Trees or Cannon Ball Flower Trees. The unmarried women pray with devotion and faith to Lord Lingeswara wishing for a happy married life and tie a yellow thread around the Tree. One can see yellow threads covering the entire Tree.

The Karnataka government has declared this temple as a tourist spot so that devotees and pilgrims from all over the world can witness the 108-foot (33 m)-tall Linga and 35 Feet tall Nandi statue.

By Air: The nearest airport is in Bangalore at a distance of 46kms

By Road: From Coromandel, the temple is only 5km away and is easily accessible by Auto