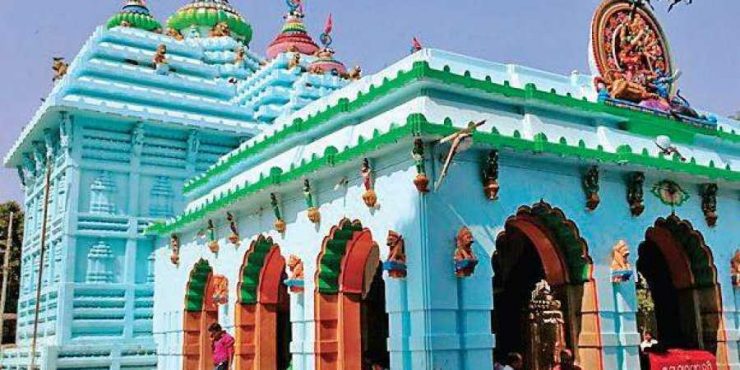 The Maa Sarala Temple is a Hindu temple in the district of Jagatsinghpur, Odisha, India. The temple is accessible by road from Jagatsinghpur, Cuttack, and Paradeep. The nearest airport is Bhubaneshwar, which is approximately 80 km and is well connected by road. The nearest railway station is Cuttack; however, there is a small Passenger-Halt at Sarala Road, near Tentulipada. The temple can be reached via Jagatsinghpur, or Tarapur by road, from Cuttack. 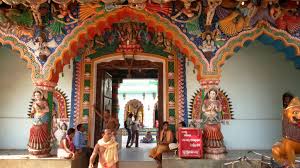 Maa Sarala is a Hindu goddess who patronizes the cultures of Vaishnav and Shakta. Rarely does one find the use of Vilva Patra and Tulasi Patra in any temple, as they are symbols of two distinct divisions of Hindu culture.

There is also some controversy regarding the deity, where it is suspected that the deity may be a Buddhist tantric figure, as she holds a book, Veena, and handbell – known Mahayana symbols. It is said that Huen Tsang, the Chinese pilgrim, visited Odisha and he had taken a ship from Chilitolo Port to Sri Lanka, which historians attribute to modern-day Tirtol. This may be a possibility as geography shows that Paradip was an island and the land in and around Kujanga was underwater – Sea/River. There is geographic evidence to support this. To be on a safer side, we may conclude that Sarala represents the Shiva-Shakti worship which evolved from an amalgamation of Shaivism (worship of Shiva), Shaktism (worship of the Mother Goddess), and/or Tantric form. 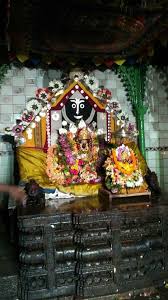 Folklore goes back to thousands of years, to the age of Parashurama. It is said that it was God Parashurama who had carved the goddess with the tip of his arrow. Even this temple survived the ravages of Kala Chand (legendary Kala Pahada). The new temple- 500 years old – was built by the Raja of Manijanga. The remnants of the old temple are not visible, but folklore goes that it was at Badasarol, a place where the Ganesha Temple, (generally adorns the south gate of all Oriya temples) (Nanda Deula, now renovated) stands as witness, where the old temple once stood.

By Air: Nearest airport is Bhubaneshwar

By Road:The temple is 20 min by road from Jagatsinghpur district.