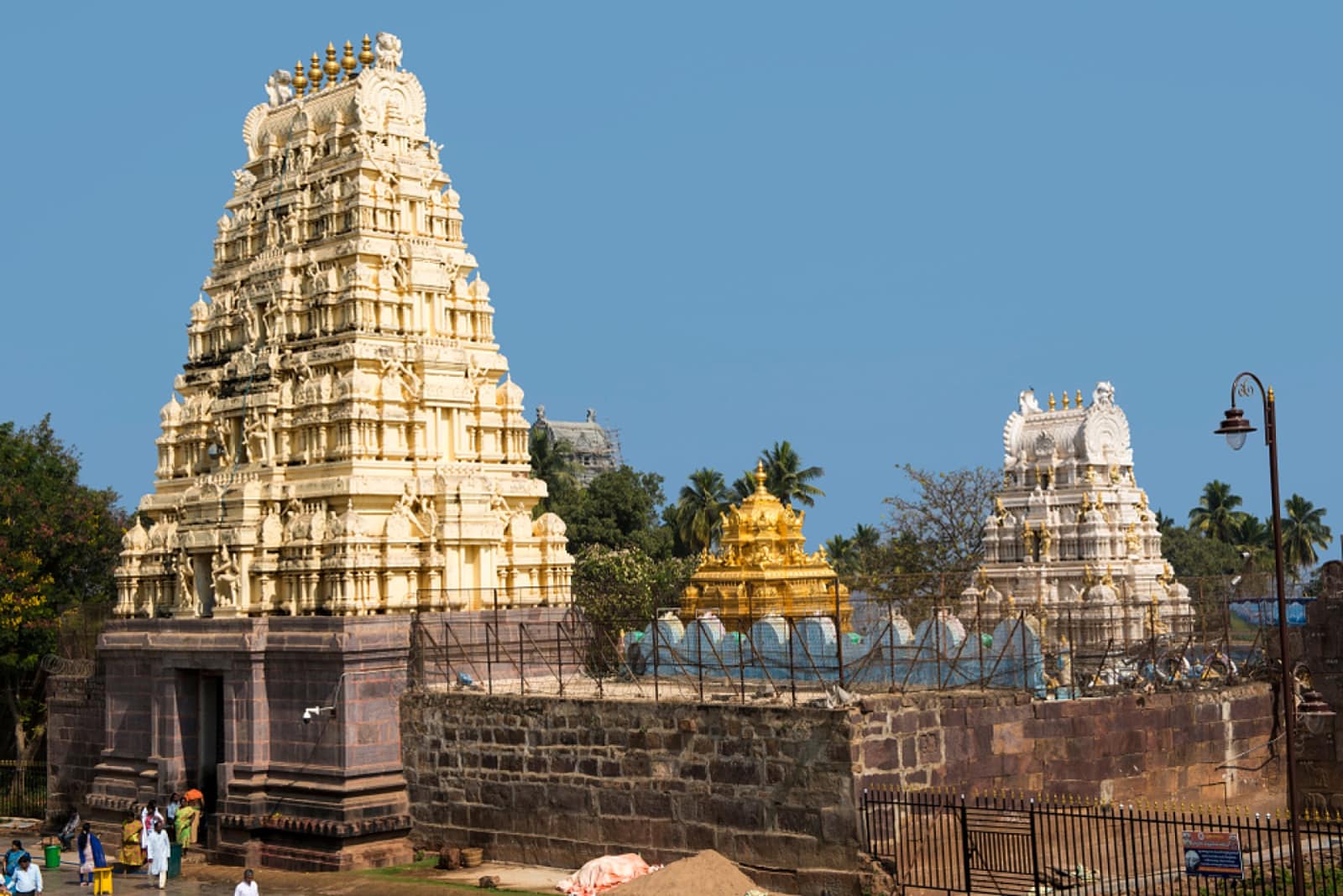 Sri Mallikarjuna Swamy is one of the twelve Jyotirlingas of Lord Shiva situated at Srisailam in South Indian state of Andhra Pradesh. It is one of the 275 Paadal Petra Sthalams.

Vishnu and Brahma split their ways to downwards and upwards respectively to find the end of the light in either directions. Brahma lied that he found out the end, while Vishnu conceded his defeat. Shiva appeared as a second pillar of light and cursed Brahma that he would have no place in ceremonies while Vishnu would be worshipped till the end of eternity.

The jyotirlinga is the supreme partless reality, out of which Shiva partly appears. The jyotirlinga shrines, thus are places where Shiva appeared as a fiery column of light. Originally there were believed to be 64 jyotirlingas while 12 of them are considered to be very auspicious and holy.

Each of the twelve jyotirlinga sites take the name of the presiding deity – each considered different manifestation of Shiva. At all these sites, the primary image is lingam representing the beginningless and endless Stambha pillar, symbolizing the infinite nature of Shiva.

When Shiva and Parvati decided to find suitable brides for their sons, Ganesha and kartikeya argued as to who is to get wedded first. Lord Shiva bade that the one who goes round the world in Pradakshinam could get married first. By the time Lord Kartikeya could go round the world on his vahana, Lord Ganesha went round his parents 7 times (for according to Shastras, going in pradakshinam round one’s parents is equivalent to going once round the world (Bhupradakshinam).

Lord Siva got Buddhi(intellect), Siddhi (spiritual power), and Riddhi (prosperity) married to Lord Ganesha. Kartikeya on his return was enraged and went away to stay alone on Mount Kravunja in the name of Kumarabrahmachari. On seeing his father coming over to pacify him, he tried to move to another place, but on the request of the Devas, stayed close by. The place where Lord Siva and Parvati stayed came to be known as Shrishailam. Lord Siva visits Lord Kartikeya on Amavasya day & Parvati Devi on Poornima. The temple is situated facing East. The center mandapam has several pillars, with a huge idol of Nadikeshwara. Mahashivratri is the main festival celebrated at Srisailam Mallikarjuna Swamy temple. Srisailam Sri Mallikarjuna Swamy Temple is one of the 18 Maha Sakti Peetha.

The mythology of Daksha yaga and Sati’s self-immolation resulted in the emergence of Sri Parvati in the place of Sati Devi and making Shiva a house holder. This mythology is the story behind the origin of Sakti Peethas. They are holy abodes of Sakti formed due the falling of Sati Devi’s corpse when Shiva carried it and wandered. It is believed that Sati Devi’s Upper lip has fallen here.