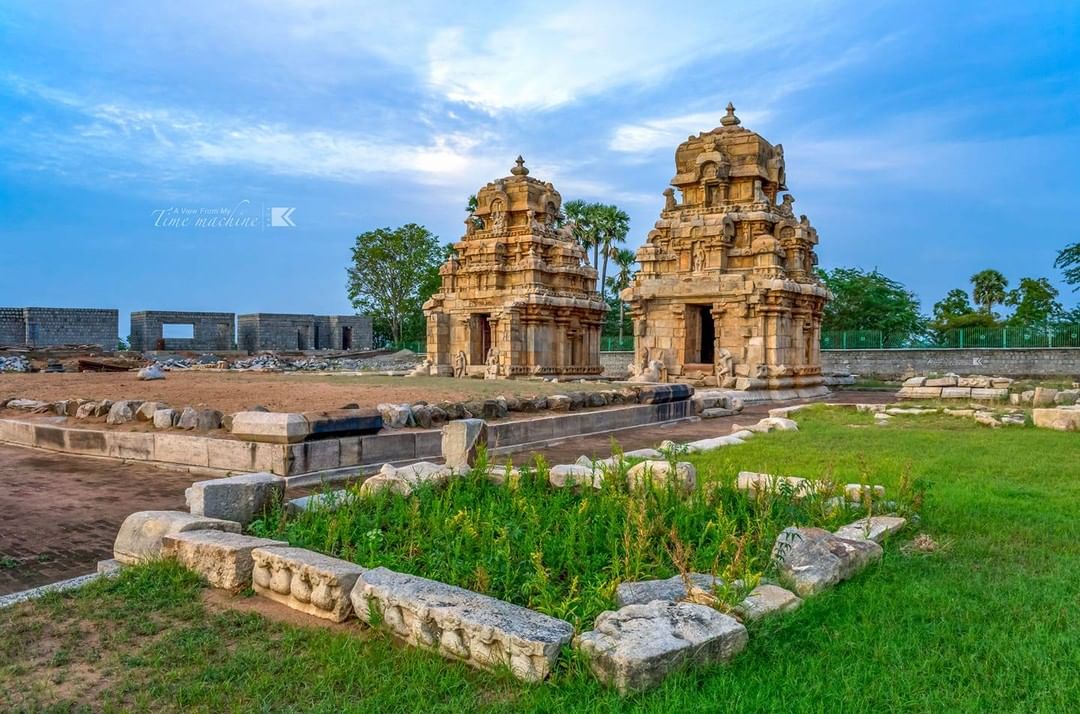 Moovar Koil or “The Three temples” is a Hindu temple complex situated in the village of Kodumbalur, 36 kilometres from Pudukkottai in Tamil Nadu, India. Built in 9-10th Century by the Chola feudatory and Irukkuvel chieftain Boothi Vikramakesari as per the inscription. ????

Only two of the three temples have managed to survive. The place was ruled by Irukkuvel chieftains.

Architecture
*****************
According to the chief’s inscription, he built three temples in the complex one for himself and the other two for his wives, namely, Nangai Varaguna Perumanar and Karrali.

Only the basement survives the northern shrine. The basement is moulded like a full blown lotus flower(padma pushkala adisthanas). The other two shrines, namely the central and southern are more or less intact. Each central shrine is 6.4sqmetres at the base and they all face west. The walls are rich in details and there is a small shrine for Nandi in front of the Maha mandapa.
Near Moovar Koil, located little westerly is a Hindu temple of Muchukundeswarar temple of Early Chola period.
The temple complex is maintained and administered by the Archaeological Survey of India as a ticketed monument.
Significance
****************** The temple is very important as it is a living example of early to medieval Chola architecture. The inscription in the temple also gives us a glimpse of the political climate of south India between the 8th and the 10th centuries as well as the relation between the royal houses of Chola and the Irukkuvel. The latter were traditional allies of the Cholas and the chief, Boothi Vikramakesari himself was the son of a Chola princess Anupama and Irukkuvel chieftain Samarabirama. ???? – BalaKumar V