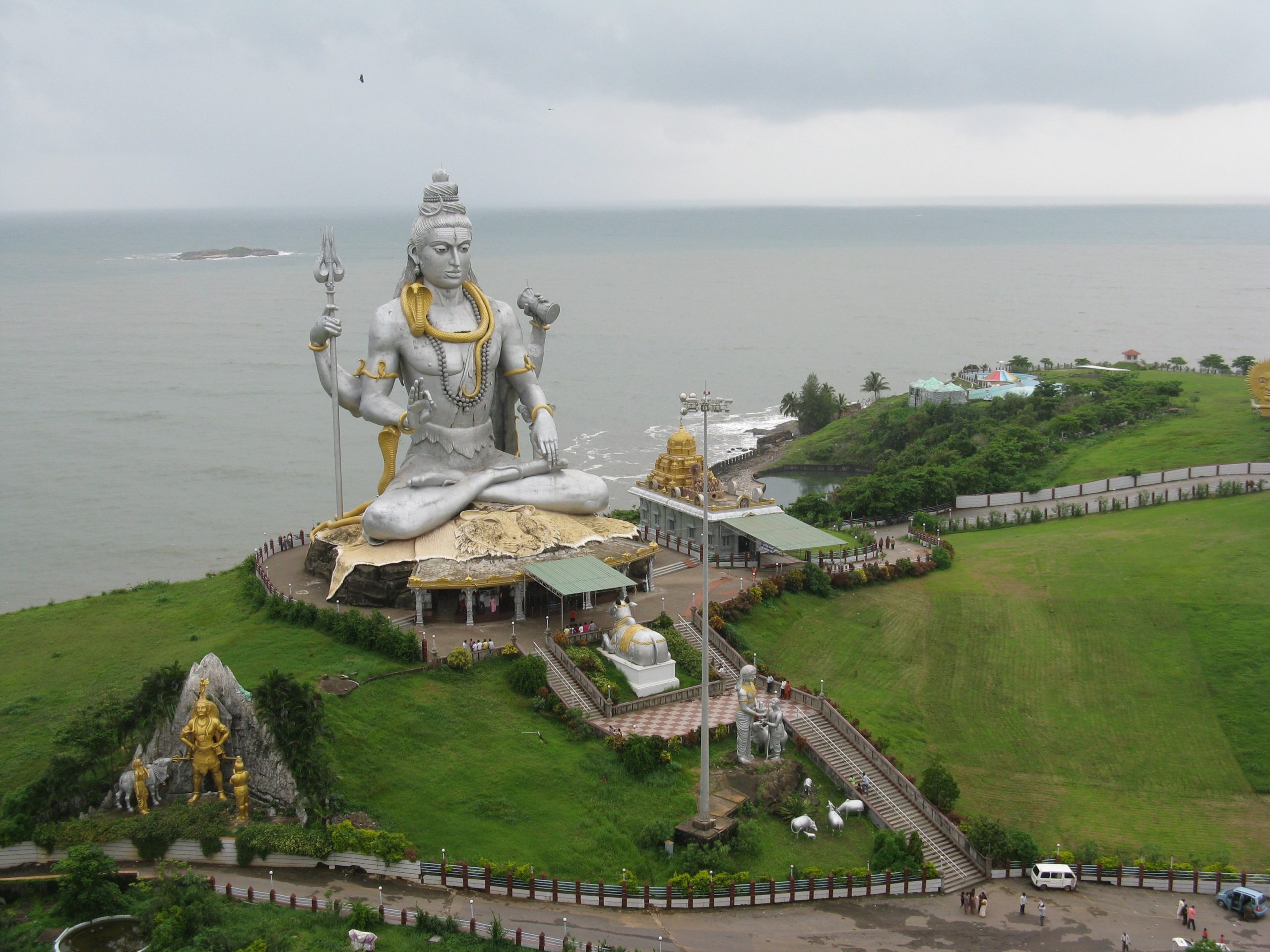 Murdeshwara is a town in Bhatkal Taluk of Uttara Kannada district in the state of Karnataka, India. Murudeshwara is another name of the Hindu god Shiva. Famous for the world’s second-tallest Shiva statue, the town lies on the coast of the Arabian Sea and is also famous for the Murdeshwar Temple. Murdeshwar has a railway station on the Mangalore-Mumbai Konkan railway route.

Lord Shiva agreed to give him the boon on the condition that it should never be placed on the ground before he reaches Lanka. If the Atma-Linga was ever placed on the ground, it would be impossible to move it. Having obtained his boon, Ravana started back on his journey to Lanka. Narada, who came to know of this incident, realised that with the Atma-Linga, Ravana may obtain immortality and wreak havoc on earth. He approached Lord Ganesh and requested him to prevent the Atma-Linga from reaching Lanka.

Lord Ganesh knew that Ravana was a very devoted person who performed prayer rituals every evening without fail. He decided to make use of this fact and came up with a plan to confiscate the Atma-Linga from Ravana. As Ravana was nearing Gokarna, Lord Vishnu blotted out the sun to give the appearance of dusk. Ravana now had to perform his evening rituals but was worried because with the Atma-Linga in his hands, he would not be able to do his rituals. At this time, Lord Ganesh in the disguise of a Brahmin boy accosted him.

Ravana requested him to hold the Atma-Linga until he performed his rituals, and asked him not to place it on the ground. Ganesh struck a deal with him saying that he would call Ravana thrice, and if Ravana did not return within that time, he would place the Atma-Linga on the ground. Ravana returned to find that Ganesh had already placed the Atma-Linga on the ground. Vishnu then removed his illusion and it was daylight again. Ravana, realising that he had been tricked, tried to uproot and destroy the linga. Due to the force exerted by Ravana, some pieces were scattered. One such piece from the head of the linga is said to have fallen in present-day Surathkal.