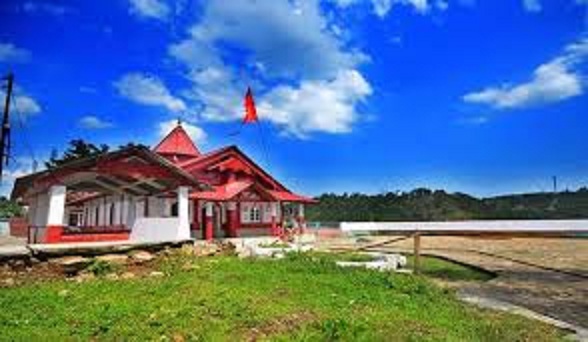 Nartiang Durga Temple is a 500-year-old Durga Temple located in the Jaintia Hills district of Meghalaya, a state in North-Eastern India. Being one of the 51 Shakti Peethas of Hindu Mythology, this temple is one of the holiest sites for devotees of the Shakti sect of Hinduism. 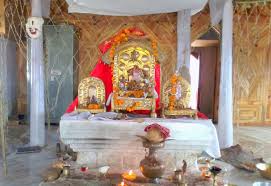 The Nartiang Devi temple is believed to be a Shakti Peetha, one of the most revered shrines of Shaktism because Shakti Peethas are holy abodes of Parashakti. The Shakti Peethas have originated from the mythology of Daksha Yaga and Sati’s self-immolation Shiva carried the corpse of Sati Devi and body parts of the corpse fell into the path he wandered. There are 51 Shakti Peeth linking to the 51 alphabets in Sanskrit. Each temple has shrines for Shakti and Kalabhairava. The “Shakti” of Nartiang Devi shrine is addressed as “Jayanti” and the “Bhairava” as “Kramadishwar”. It is believed that Sati Devi’s left thigh has fallen here.

Devi’s left thigh is believed to have fallen at Nartiang in the Jaintia Hills. Hence the Goddess here is known as ‘Jainteshwari’. The Jaintia king Jaso Manik (1606–1641) had married Lakshmi Narayana, the daughter of the Hindu Koch king Nara-Narayana. It is believed that it was Lakshmi Narayana who had influenced the Jaintia Royalty to embrace Hinduism. King Dhan Manik had made Nartiang the summer capital of the Jaintia Kingdom about 600 years ago. One night, the goddess appeared to him in a dream and informed him of the significance of the place and asked him to build a temple in Her honour. Following this, the Jainteshwari temple in Nartiang was established. The strategic location of the temple and presence of weapons like cannons etc. suggests that the temple must have been part of a fort of the Jaintia Kings 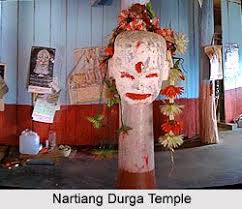 The rites at the temple are not performed the conventional way as in the plains, but in a unique way, a blend of Hindu and ancient Khasi traditions. The local chieftain or Syiem is considered the chief patron of the temple. Even today, during Durga Puja, the Syiem sacrifices goats in the Goddess’s honour. Earlier, human sacrifice was offered at the temple, but the practice had been stopped by the British. The human head used to roll down a tunnel from the sanctum sanctorum to the Myntdu River flowing below. Nowadays, goats and ducks are sacrificed. But what is most interesting is the fact that the goats are made to wear human masks and then sacrificed. Durga Puja is the most important festival of this temple. During Durga Puja, a banana plant is dressed up and worshipped as the Goddess. At the end of the four-day festivities, the plant is ceremoniously immersed in the Myntdu River. A gun salute is also given to the Goddess on the occasion. 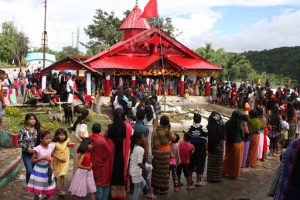 The Central Puja Committee, the official representative of the Hindu community in Meghalaya, is the caretaker of the temple. It finances a major part of the daily expenses incurred by the temple and carries out development activities in the temple premises. It is also responsible for the popularisation of the Durga Puja conducted in this ancient temple.

The Village of Nartiang is significant for its summer palace of the Jaintia King whose capital was Jaintiapur. The remnants of the summer palace are located on a hillock approximately two kilometres from the Nartiang market. The Durga temple at Nartiang has become a favourite destination for Hindus, It celebrates the Durga puja every Autumn in a unique way with the fusion of the culture of Bengal and that of the Khasi-Jaintia Hills. In conformity with the Khasi custom of not using figurine images of Gods and Goddesses, the image of Durga is represented by a plantain trunk decked with marigold flowers. Close by, within walking distance, is the Shiva temple where one can see the remains of ancient cannons from the past inside the temple. At present there lies a Hindu temple in this vicinity and the priests who practice there are direct descendants of the original priests that came from Jaintiapur.

By Rail – The nearest railhead is Guwahati, around 176km away.

By road-The temple in village Nartiang in Jaintia Hills district is at a distance of 50 km from Shillong. It is better to go by car. There is a Rest House near the temple