One of the most iconic aspects of architecture in Bengal are: The terracotta tem… 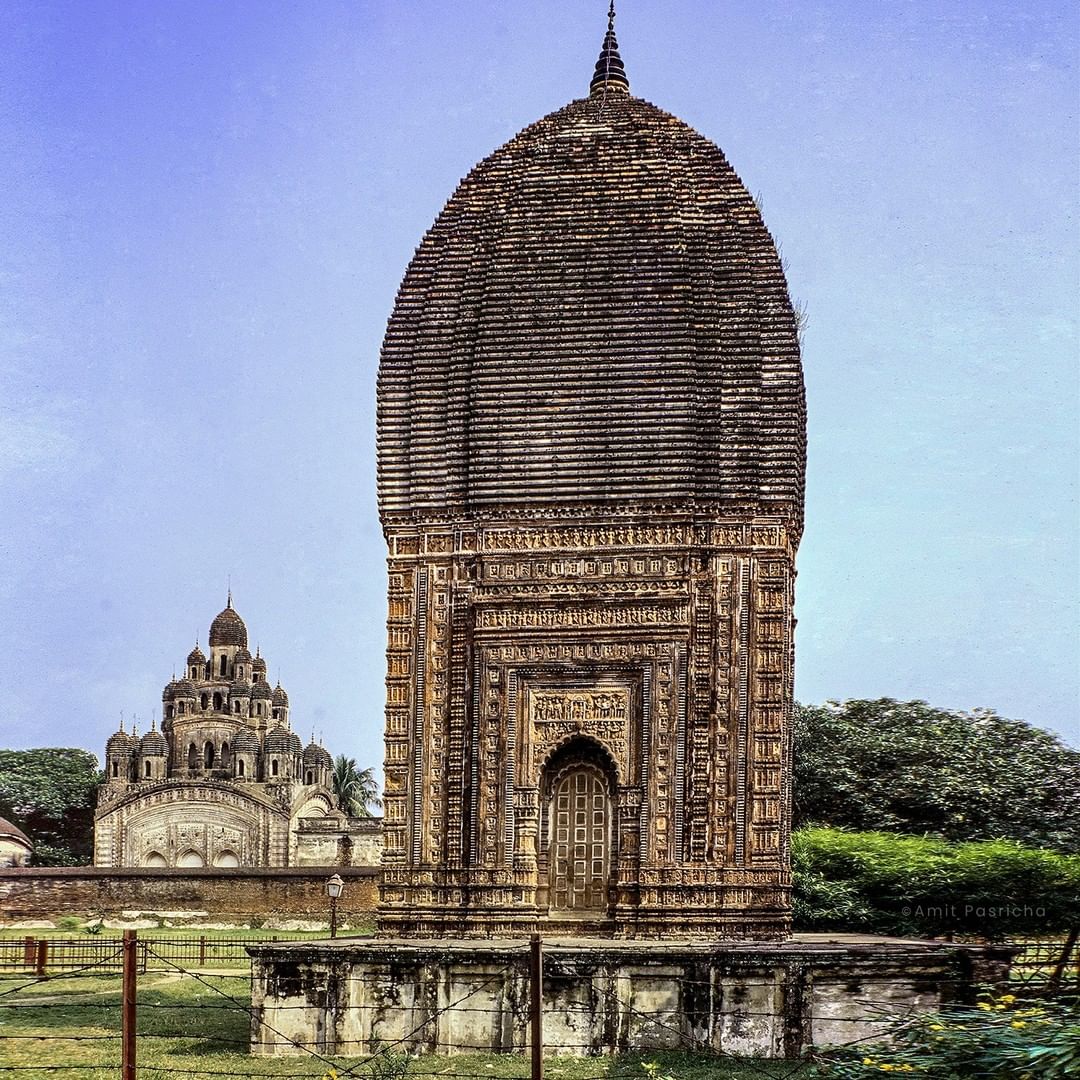 One of the most iconic aspects of architecture in Bengal are: The terracotta temples. These brick temples, clad with extremely intricate terracotta work leave the observer spellbound. Rajabari or Kings Adobe, complex in Temple town of Kalna is one such place where the evolution of this very temple style can be seen. The complex is home to temples right from 1730s (left, lalji temple) to later additions like Pratapeswar Temple built in the memory of Burdawan King Pratap Chand by his widow in 1849.
The structure can be classified as Rekha Deula in Nagara- Odisha style with a square Jagati or Platform. The temple has rich terracotta ornamentation. Although the temple is small, it has the most intricate and well-preserved reliefs of all the temples in the complex. 108 Shiv temple is another unique example with hundred and eight temples placed in two concentric circles representing a rosary resemble thatched roof Huts.