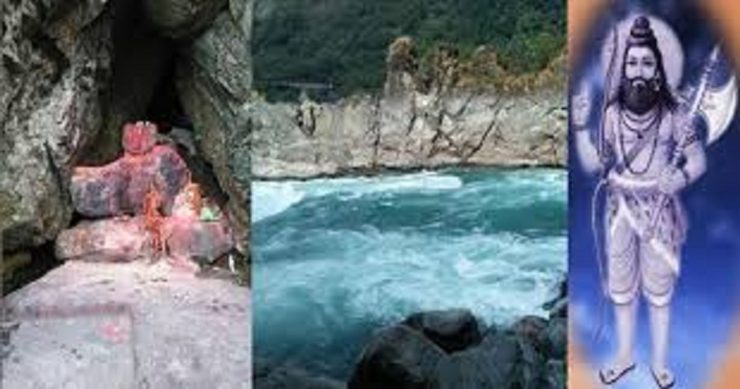 Parshuram Kund is a Hindu pilgrimage centre situated on the Brahmaputra plateau in the lower reaches of the Lohit River and 21 km north of Tezu in Lohit district of Arunachal Pradesh. Dedicated to sage Parshuram, the popular site attracts pilgrims from Nepal, from across India, and from nearby states of Manipur and Assam. Over 70,000 devotees and sadhus take holy dip its water each year on the occasion of Makar Sankranti, in the month of January. 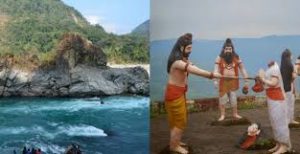 It is a shrine of all-India importance located in the lower reaches of the Lohit River. Thousands of pilgrims, visit the place in winter every year, especially on the Makar Sankranti day for a holy dip in the sacred kund which is believed to wash away one’s sins. The legend behind the belief recorded in the Kalika Purana, is that the great sage Parashuram washed away the sins of killing kshatriyas(cause the latter killed prashurams father and waged a war against Brahmins) as he was a Brahmin (because it is not correct of a Brahmin fighting a war or taking up sword), in the waters of Brahma kund.

The site of the Parashuram Kund as established by the sadhu was in existence till 1950 when the old site was completely changed by the earthquake that shook the whole of the North-East and the kund was completely covered. A very strong current is now flowing over the original site of the kund but massive boulders have in a mysterious way embedded themselves in a circular formation in the river bed thus forming another kund in place of the old. 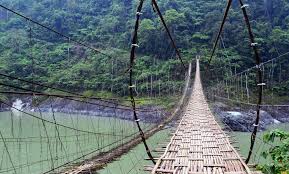 The annual fair is held during Makara Sankranti, to which wild cows, rare fur rugs and other curios are brought down by the mountain tribes. There are also facilities for trekking from Tezu to glow lake which takes one day, hiking and river rafting and angling on the river Lohit.

By Air-The nearest airports are Tezu and Dibrugarh (Assam).
By Rail-The nearest railway station is Tinsukia (120 km) from where buses are available via Namsai.
By Bus-There are also buses available from Sadiya.