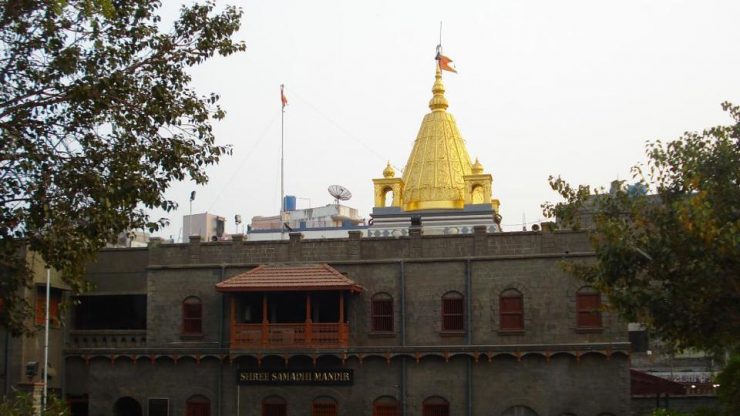 Sai Baba of Shirdi, is an Indian spiritual master as is known as a saint, fakir, and satguru, according to people’s beliefs. He was revered by both his Hindu and Muslim devotees. He stressed the importance of surrender to the true Satguru and taught the moral code of love, forgiveness and brotherhood. Having no desire for worldly pleasures, he was the epitome of how one should lead life. Sai Baba was revered by prominent Zoroastrians such as Nanabhoy Palkhivala and Homi Bhabha, and has been cited as the Zoroastrians’ most popular non-Zoroastrian religious figure. Sai babahas always been associated with miracles. Many people believe that Sai Baba reveals himself to them and helps them in times of need.

It has been seen that almost 25000 pilgrims come to worship the Sai Baba temple each day. During festive times, the temple witnesses more than 1,00,000 pilgrims worshipping in the temple each day. The temple was reconditioned in 1998-99 with the new facilities.The Samadhi mandir, Dwarkamai, Gurusthan and the Lendi Baug are the main places of interest. No exquisite architecture or magnificence is seen in the temple .The devotee visit here because of the powerful idol of Sai baba. The aarti is noteworthy one when people gather around the temple, lots of lamps are lighted. The whole of temple is converted into a festive mood. The atmosphere rejuvenates our mind, body and soul and one must definitely visit here once in their lifetime.