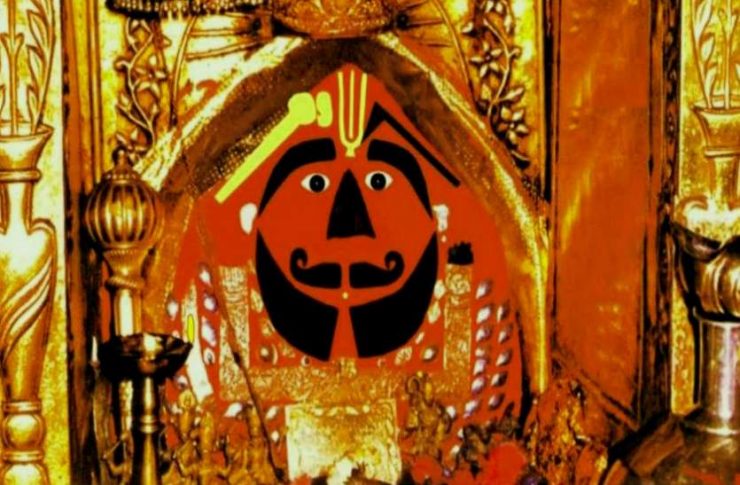 Salasar Balaji or Salasar Dham in India is a place of religious importance for the devotees of Hanuman. It is located in the town of Salasar, on National Highway 65 near Sujangarh in Churu district, Rajasthan. The temple of Balaji, another name of Hanuman, is situated in the middle of Salasar and attracts innumerable worshippers throughout the year. On Chaitra Purnima and Ashvin Purnima, large fairs are organised which millions of devotees visit as they pay homage to the deity. 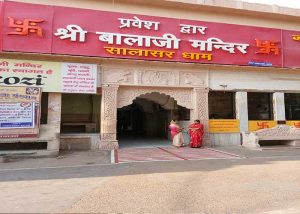 Salasar Balaji is on the religious circuit that includes the pilgrim centres of Rani Sati Temple and Khatushyamji, which are both located close to it. Initially, a small construction, the temple of Salasar Balaji is now considered to be a Shakti Sthal (a place of power) and Swayambhu (self-creation) by faith, belief, miracles and wish fulfillments of the devotees. There are several theories concerning the origins of Salasar Balaji.

One claims the discovery of the site by Ginthala Jat of Asota village in Nagaur district of Rajasthan. On one Saturday of Shraavana Shukla Navami samvat 1811 (1754 AD), a miracle happened. A Ginthala Jat farmer of Asota village was ploughing his field when all of sudden the plough was hit by a stony thing and a resonating sound was created. He dug up the soil of that place and found an idol covered with sand. His wife reached there with his lunch. The farmer showed the idol to his wife. She cleaned up the idol with her saree. The idol was that of Balaji i.e. Hanuman. They bowed their heads with devotion and worshipped Balaji. The news of the appearance of Balaji soon spread in the Asota village and reached the Thakur of Asota. That night Balaji appeared in Thakur’s dream and ordered him to send the idol to Salasar in the Churu district. The Same night a devotee of Hanuman, Mohandas Maharaj of Salasar saw Hanuman or Balaji in his dream too. Balaji told him about the idol of Asota. He immediately sent a message to the Thakur of Asota. The Thakur was surprised to discover that Mohandas knew even minor details without coming to Asota. Certainly, it was due to the divine powers of Balaji. The idol was sent to Salasar and was consecrated at the place presently known as Salasar Dham. 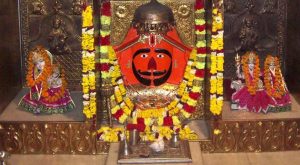 A slightly modified version of the same story indicates that upon seeing the dream of the appearance of the Hanuman, the Thakur of that village ordered the idol to be shifted to Salasar and placed at the temple for the religious rituals to be performed. He brought two bulls, placed the idol on its cart and left them in the open courts believing in building the temple at the place where the bulls would stop. The place where the bulls stopped was given the present name of Salasar. Many of the villagers, shopkeepers and traders shifted their living to Salasar and thus a new village was formed.

By Air – Jaipur airport .By air route you can get directly from Indian Airlines and Jet Air Filghts.

By Road – Rajasthan state Road Transport Corporation operates buses etc, you get to major cities like Jaipur ,Delhi and Bikaner