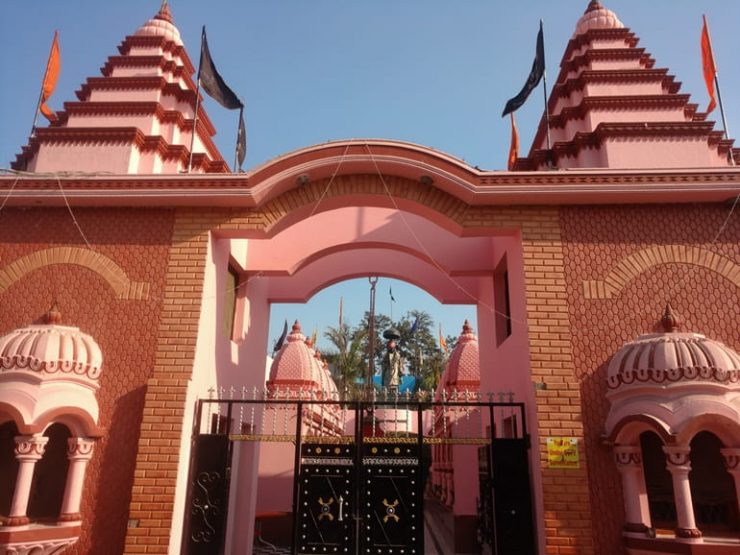 Shani Dham Temple is located in the Indian capital of Delhi and contains the world’s tallest statue of Shani. In the last few years i.e. on May 31, 2003, the largest Shani Idol was unveiled by Anant Shree Vibhushit Jagat Guru Shankracharya Swami Madhavasharam Ji Maharaj. Since then, it has become an attraction for the devotees of Lord Shani. Before unveiling the idol of Shani, Shree Shani Dham Peethadeshwar Sant Shiromani Shani Charanuragi ‘Datti’ Madan Maharaj Rajasthani ji performed the enchanting of One Hundred Crores, and Thirty Two Lakhs Shani Mantras on the sacred grove. 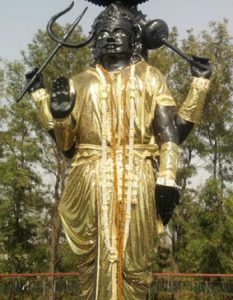 The temple is situated on Chhatarpur Road, near Asola, and is 6 kilometres (3.7 mi) from the Chhatarpur Temple, about 8–9 kilometres (5.0–5.6 mi) away from Mehrauli, and 16 kilometres (9.9 mi) from Qutub Minar.[1] It is equipped with the natural rock Idol of Lord Shani, as a chief deity.

By Road – You can get to Shri Shanidham Temple by Bus. These are the lines and routes that have stops nearby -Bus: 947A, ML-58A (MODIFIED)