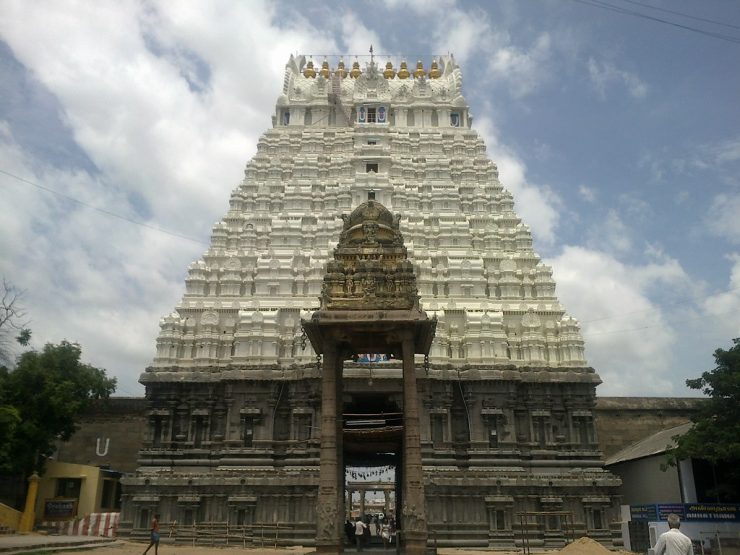 Varadharaja Perumal Temple or Hastagiri or Attiyuran is a Hindu temple dedicated to Lord Vishnu located in the holy city of Kanchipuram, Tamil Nadu, India.

It is one of the Divya Desams, the 108 temples of Vishnu believed to have been visited by the 12 poet saints, or Alwars. It is located in a suburb of Kanchipuram known as the Vishnu Kanchi that is a home for many famous Vishnu temples. One of the greatest Hindu scholars of Vaishnava VisishtAdvaita philosophy, Ramanuja is believed to have resided in this temple. 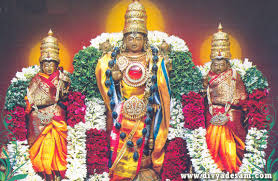 Among the Divya Desams, Kanchipuram Varadaraja Perumal temple is known as the ‘Perumal Koil’. This is one of the most sacred places for Vaishnavites. There is another famous temple of Varadarajaswamy in Kurmai, of Palamaner Mandal in Chittoor District of Andhra Pradesh, called the Kurma Varadaraja Swamy Temple.

Brahma performed a yagna here, which was about to be washed away by the fast-flowing river Vedavathi. The temple deity, Vishnu laid himself flat to stay the flow and the yagna was successfully performed. Vishnu emerged with the brilliance of thousand Suns as Devarajaswamy and stayed here permanently. As is the case with the association of South Indian temples with a sacred tree, the name of the temple, Attigiri is derived from the Atti tree, considered sacred to Vaishnavas. 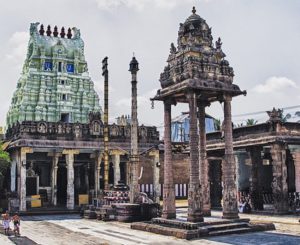 Thirukkachi Nambigal(Also known as Kanchi Purnar) was an ardent devotee of this temple. He used to bring flowers every day from Poovirundhavalli, where he maintained a garden. He did Aalavatta Kaingariyam, waving to produce breeze with the help of a hand fan. It is believed that Vardharaja used to converse with him, while he was doing that seva. Aalavatta Kaingariyam is a worship practice followed in modern times also.

The temple covers an area of 23-acre (93,000 m2) complex and shows the architectural skills of ancient Vishwakarma Sthapathis in temple architecture and is famous for its holiness and ancient history. The temple has three outer precincts (prakarams) namely Azhwar Prakaram, Madai Palli Prakaram, and Thiru Malai Prakaram. There are 32 shrines, 19 vimanas, 389 pillared halls (most having the lion type yali sculpture), and sacred tanks some of which located outside the complex.

One of the most famous architectural pieces in the temple is the huge stone chain sculpted in a single stone. There is a 100 pillared hall which has sculptures depicting Ramayana and Mahabaratha. It is a masterpiece of Vijayanagara architecture. 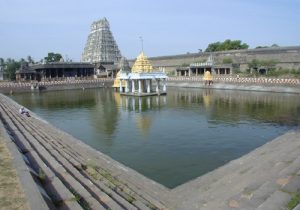 The shrine of Varadarajaswamy is on a small hillock 10m tall and a flight of 24 steps, termed “Hasthagiri”. It has murals of the late Vijayanagara empire on the ceiling. Another significant feature of the temple is beautifully carved lizards and gilded with gold, over the sanctum. The vimana over the sanctum of Varadaraja Swami is called Punyakoti Vimanam and the one over the Perundevi Thayar shrine is called Kalyana Koti Vimanam.

There is a shrine of Narasimha on the hillock. The origin of the mask of Narasimha is mysterious and believed to possess inexplicable powers.

The image of Chakrathazwhar (Sudarsana) in the temple is depicted with six hands. Their festival image of the temple has seven different images of Sudarshana depicted within the same Chakra.

By Train: It takes 21 min from Kanchipuram Railway Station to reach Varadraja Temple

By Road: The distance between Chennai and Varadharaja Perumal Temple is 67 km. The road distance is 81.6 km