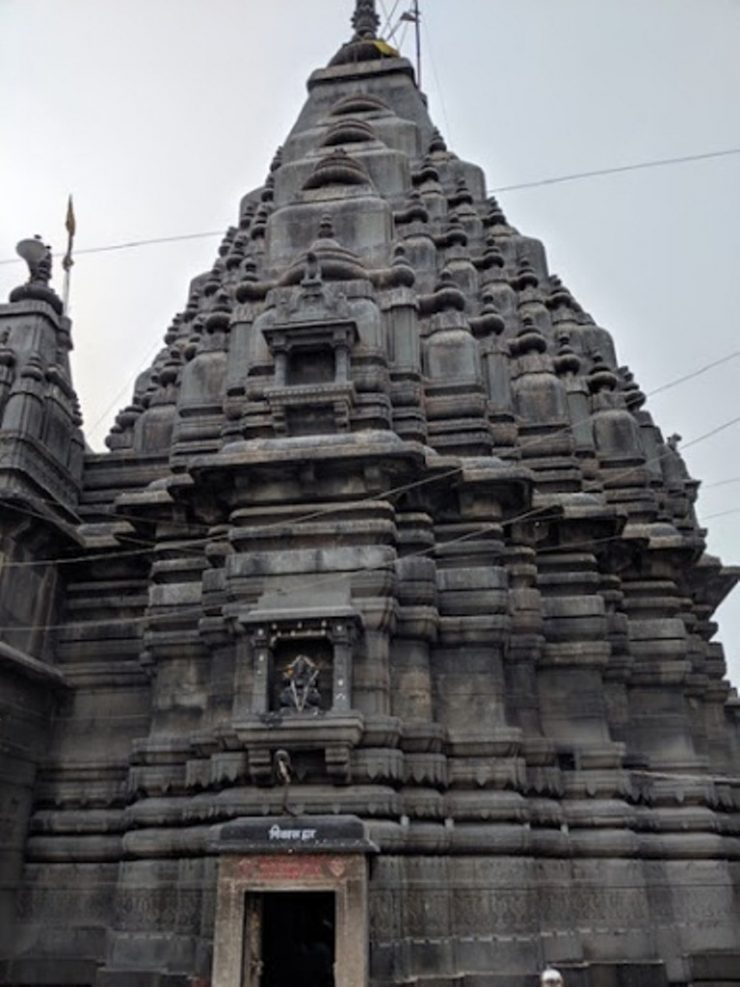 This temple is located along the Falgu River, marked by a footprint of Lord Vishnu known as Dharmasila, incised into a block of basalt. The Sakaldwipiya Brahmins have been the traditional priests at Vishnupad Mandir in Gaya as Gayawar Pandas and in the adjoining districts like Hazaribagh. Several legendary saints as Ramanujacharya, Madhvacharya, Sankaradeva, and Chaitanya Mahaprabhu have visited this shrine. 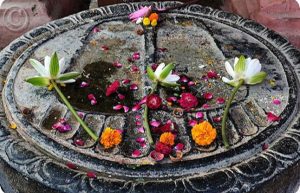 The construction date of the temple is unknown and it is believed that Rama along with Sita had visited this place. The present-day structure was rebuilt by Devi Ahilya Bai Holkar, the ruler of Indore, in 1787, on the banks of the Falgu river. A flight of 1000 stone steps leads to the top of the Brahmajuni hill, 1 km southwest of the Vishnupad mandir. Visitors prefer to go to the top of Brahmajuni hill to see a magnificent view of the temple from the top. There are many small temples near this temple.

Once a demon known as Gayasura did a heavy penance and sought a boon that whoever sees him should attain salvation (Moksham). Since salvation is achieved through being righteous in one’s lifetime, people started obtaining it easily. To prevent immoral people from attaining salvation Lord Vishnu asked Gayasura to go beneath the earth and did so by placing his right foot on asura’s head. After pushing Gayasura below the surface of the earth, Lord Vishnu’s footprint remained on the surface that we see even today.

The footprint consists of nine different symbols including Shankam, Chakram, and Gadham. These are believed to be weapons of the lord. Gayasura now pushed into earth pleaded for food. Lord Vishnu gave him a boon that every day, someone will offer him food. Whoever does so, their souls will reach heaven. The day Gayasura doesn’t get food, it is believed that he will come out. Every day, one or the other from different parts of India will pray for the welfare of his departed and offer food, feeding Gayasura. 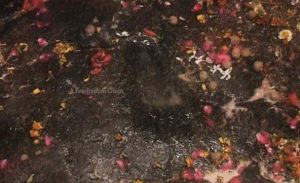 This is believed that the temple was built with the footprints of Lord Vishnu in the center.In Hinduism, this footprint marks the act of Lord Vishnu subduing Gayasur by placing his foot on his chest. Inside the Vishnupad Mandir, the 40 cm long footprint of Lord Vishnu is imprinted in solid rock and surrounded by a silver-plated basin.

The height of this temple is 30 meter and it has 8 rows of beautifully carved pillars which support the pavilion. The temple is built of large gray granite blocks jointed with iron clamps. The octagonal shrine faces east. Its pyramidal tower rises up a 100 feet. The tower has sloping sides with alternately indented and plain sections. The sections are set at an angle to create a series of peaks joined at the top. Within the temple stands the immortal banyan tree Akshayabat where the final rituals for the dead take place.

By Road: Easily to reach out from Gaya bus stand