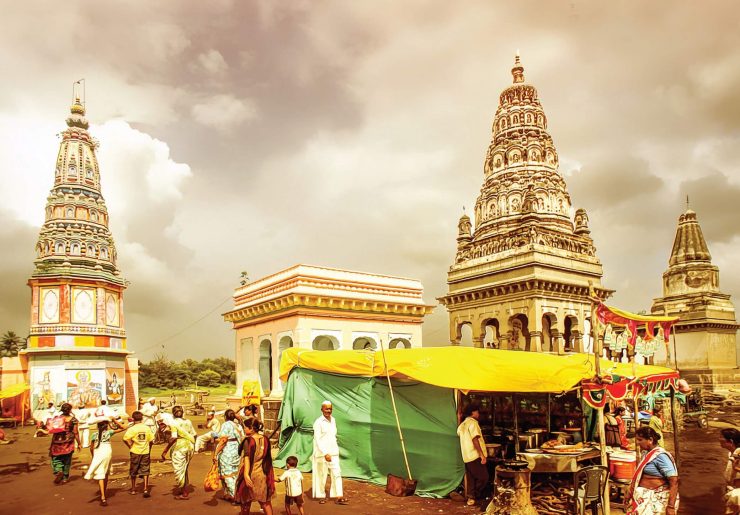 Vitthal temple,Pandharpur the main centre of worship for the Hindu deity Vitthal, has a very spiritual ambience and a rejuvenating atmosphere. It is the most visited temple in Maharashtra. Many people visit the temple on Aashadhi Ekadashi and Kartiki Ekadashi..All the devotees are allowed to touch the feet of the idol of Vithoba. There is no linguistic, caste, creed discrimination.All are treated equally and god loves all his children similarly. The people have a belief that just one dip in the holy water of the Chandrabhaga River washes out all sins and purifies the body, mind and soul. Many Indians visit Kashi at least once during their lifetime in their old age. Indians and mostly Maharashtrians believe that one attains emancipation and salvation and is freed from all worldly and material desires.In May 2014, the temple became first in India to invite women and people from backward classes as priests. 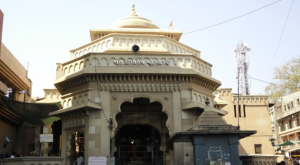 A legend about Pundalika, son of Janudev and Satyavati, explains how Lord Vitthal came to Pandharpur. Pundalika, although a devoted son, has a drastic change in his behaviour after marriage and ill-treatshis parents. The parents, tired with all the sufferings leave for Kashi. But unfortunately, their son and his wife accompany them.The ill treatment continues. The parents are made to walk while the young couple rides on a horseback. On the way to Kashi, the group reaches the ashram (hermitage) of a pious and venerable sage, Kukkutswami. That night, Pundalik sees that Few beautiful women come and do all the chores and when they return from the prayer room thie clothes are spotlessly clean. He decides to keep a watch the next night as well and then out of curiosity asks them about themselves.

The women are actually the holy rivers and their clothes are spoilt because people have taken a dip in them .They tell him that he is the greatest sinner, for he has not respected his parents. Realisation hits him hard and from the next day onwards he once again becomes the devoted son he was earlier. God recognizes devotion and so did Lord Vishnu.He visits Pundalik’s abode and knocks. Pundalik, busy in his parents’ work does not attend to the door and throws a brick outside for the Lord to stand on. Impressed, Lord asks him to ask for a boonbless them all. Such was the story of how this temple came into existence.. Along with Vithoba, Rakhumai (Mother Rukmini, the consort of Krishna, one of avatars of Visnu) is also worshipped here.