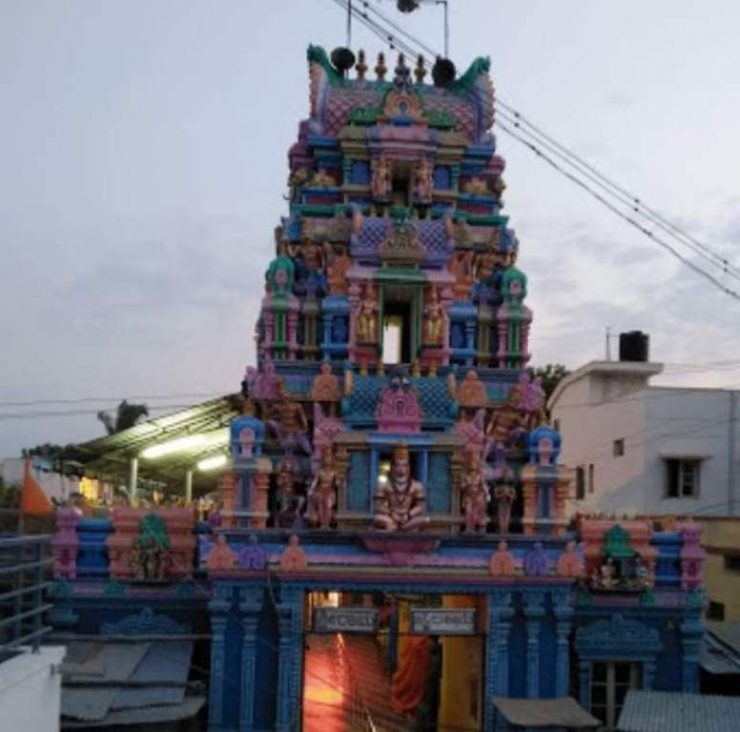 Yalaguresh is a small village in Muddebihal taluk, Bijapur District district of the southern state of Karnataka. Its 5 kilometers from Nidagundi and 5 kilometers from Almatti Dam. There is a famous Hanuman temple called Yalagureshwar temple.

Yalgur is famous since Tretayuga. It is a divine place where Lord Ramachandra, Sita and Laxmana lived for a few days in their Vanavasa-Period. This historical Place is situated on the banks Of River Krishna (Almatti). 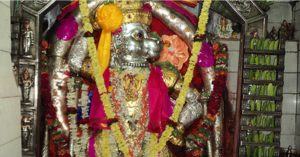 The idol of Shri Hanuman was found in the Govindraj Kere(Lake); (Now called as Gondi Kere). The story behind the temple goes, after the fall of the Bijapur empire a pujari who was performing the rituals on the stone, where the idol has had a dream that he should cut the stone and remove the idol. But, it so happened that the idol also broke into pieces while breaking the stone. Tensed, the pujari kept thinking and had another dream wherein he was told to keep the idol in a room closed for seven days.

But out of curiosity, he opened the door on the morning of the seventh day and saw that the top half was joint but the bottom half was as it was earlier. After that again the pujari had a dream and he was ordered by God to perform all forms of rituals from learned Brahmins bringing sacred waters from river Krishna and perform Abhisheka and perform Pratishthapana. So he did all the things as ordered by God. And now the god is in full strength to bless the devotees. Even today every day the pujari brings the holy waters from the Krishna river and performs Abhishek. Yalguresh Hanuman murti is around 7 feet tall. The left-hand holds the Tanganyika flower. The left foot of the murti crushes a demon. The sculpture is in a yoga position. The walls of the sanctum sanctorum are painted with scenes from Ramayana and that of Sri Madhwacharya.

By Air: The nearest airport is at Belgaum (205km) which can be accessed by taxis.

By Train: The nearest station is Bijapur Railway station

By Road: Buses are also available frequently from Badami