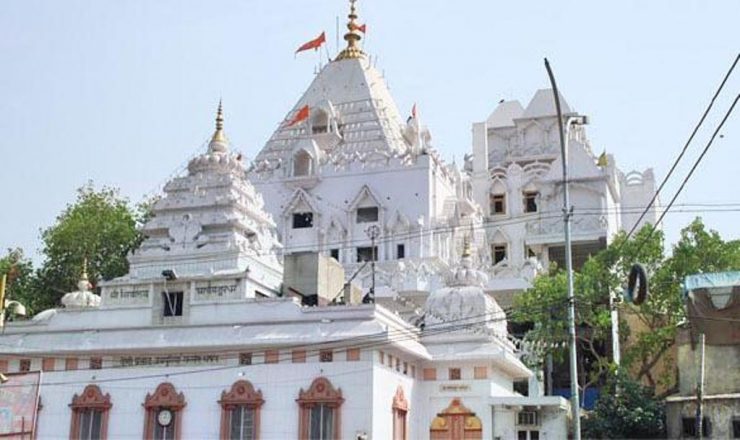 Yogmaya Temple also known as Jogmaya temple, is an ancient Hindu temple dedicated to Goddess Yogmaya, the sister of Krishna, and situated in Mehrauli, New Delhi, close to the Qutb complex. It is widely believed to be one of the five surviving temples from the Mahabharata period in Delhi. 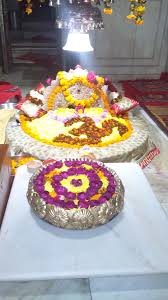 According to local priests, this is one of those 27 temples destroyed by Ghazni and later by Mamluks and it is the only surviving temple belonging to the pre-sultanate period which is still in use. Rajput King Hemu reconstructed the temple and brought back the temple from ruins.

During Aurangzeb’s reign, a rectangular hall was added to the temple which is a witness of a failed attempt by Mughals to convert this ancient temple into a mosque which was later turned into a storeroom for Devi’s vastra.

Though its original(200-300B.C.) architecture could never be reformed after its deconstruction its reconstruction had been carried out repetitively by the locals. Yogmaya or Jogmaya is considered, an aspect of Maya, the illusionary power of God. The temple is also the venue of a large congregation of devotees during the Navratri celebrations.

The present temple was built in the early 19th century and is a descendant of a much older Devi shrine. Adjacent to the temple lies, a water body, johad, known as ‘Anangtal’, after King Anangpal Tomar, and covered by trees from all sides. The temple is also an integral part of an important inter-faith festival of Delhi, the annual Phool Walon Ki Sair.

The temple lies 260 yards from the Iron Pillar in the Qutb complex, and within the Lal Kot walls, the first fortress citadel of Delhi, constructed by the Tomar/Tanwar Rajput King Anangpal  I around AD  731 and expanded by King AnangPal II in the 11th century who also constructed LAL KOT.

It is believed that the main idol in the temple was that of Yogmaya or Pure goddess, sister of god Krishna (according to Bhagavata Purana), an incarnation of god Vishnu. Kansa, cousin of Devaki (mother of Krishna) and uncle of Yogmaya and Kansa attempted to kill Yogmaya on Krishna Janmashtami day when Krishna was born. But Yogmaya, who was cleverly substituted for Krishna, vanished after predicting Kansa’s death at the hands of her brother Krishna.

Another important fact about this ancient temple is that for more than 5000 years {i.e. the times when the said temple was built}, the people who live around this ancient temple have been taking care of the Yog Maya temple. It is said and believed that all these people who are now more than 200 in number had one common ancestor at a point in time who, hundreds of years ago started the practice of taking care of the temple by offering prayers to the goddess which includes doing the shingar of the goddess Yog Maya twice a day, cleaning the temple, making and distributing prasad to the devotees visiting the temple and other related things. These 200 odd people who now take care of the temple carrying forward the customs and traditions of their forefathers do it voluntarily and amicably. This rich taste of color and following of customs and tradition and the devotion is seen in these people for the goddess Yogmaya is commendable.

By Air: The nearest airport is Indira Gandhi International Airport

By Train: The nearest station is the Mehrauli Railway station.

By Road: Nearest but stop is Mehrauli