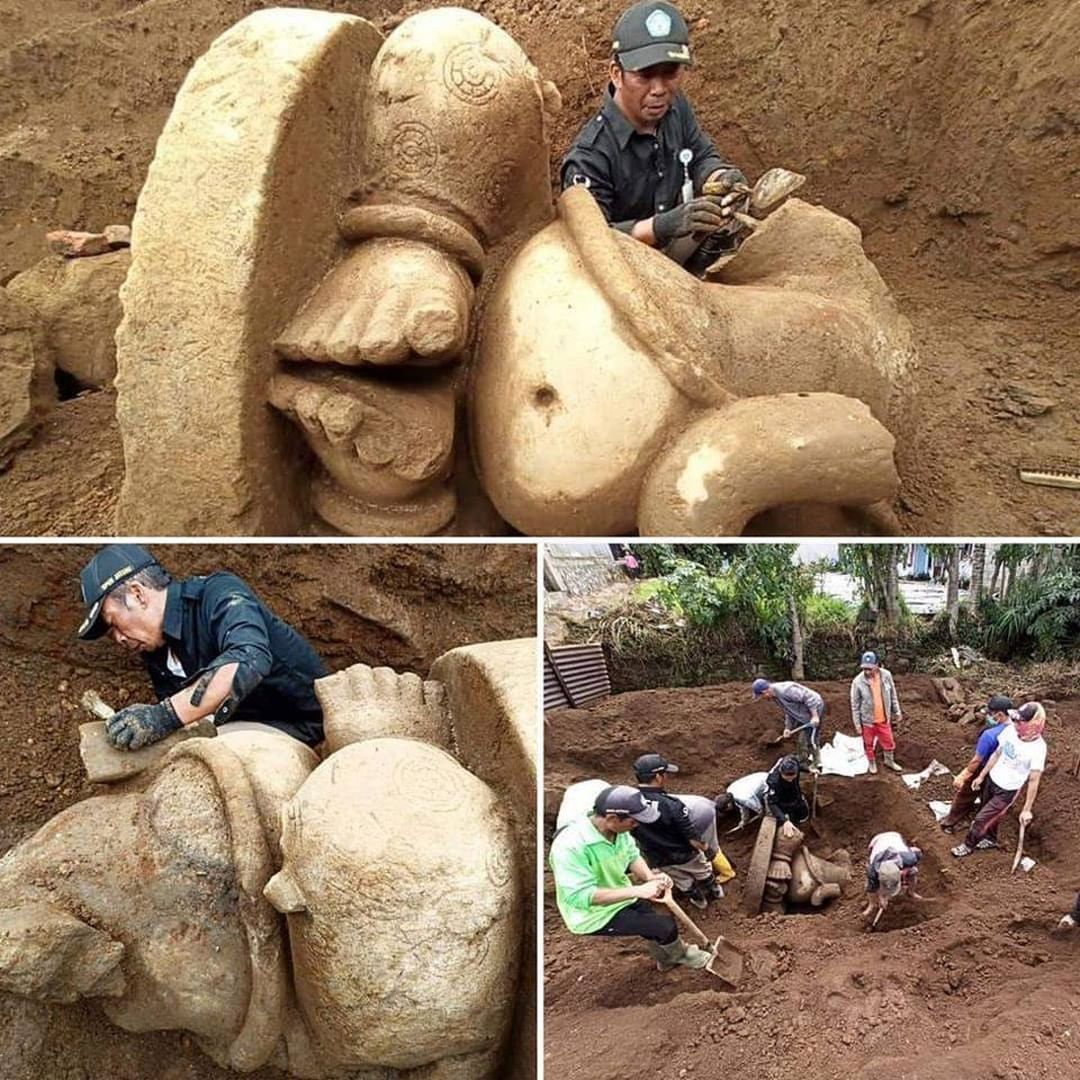 A Big #GaneshaMurti found in #Dieng, Java, #Indonesia on 27th Dec, 2019 ???? *******************
A potato farmer in Dieng found the Ganesha statue on Friday (12/27). So far the statue is the largest statue found. After further excavation, the temple roof was also found. Head of Tourism Object Management Unit Dieng Aryadi Darwanto said this statue was the largest statue ever found.
.
“This Ganesha statue is the biggest compared to the collections at the Kaliasa Museum. The shape is llonong with the longest side width of 120 centimeters, the short side is 90 centimeters and the height is 140 centimeters yet with a head, “he explained. On the statue found a lotus flower motif.
.
According to him, if only from the decorative motifs can not yet know the age of the arc. This statue is made of andesite stone with a blackish color. It is said, based on Dutch records around the location there are indeed many historic sites. “To its north is the Mager Sari Temple.
.
But we don’t know whether it has anything to do with the temple or not. He still needs further research, “he said. He said that this statue was found by potato farmers while hoeing land. “Time was hugging about the stone that turned out to be a statue. But not to damage the condition of the statue. After it was excavated, it found the thigh, the acra position when it was found lying on the side, “he explained.
.
Central Java DPRD Commission A member Tri Mulyantoro said the discovery of this statue shows Dieng as a historical heritage center. That way there needs to be alignments for Dieng and its surroundings. Both the Government of Wonosobo, Banjarnegara and Central Java Provincial Government were upgraded.
.
“Especially the provincial government to be able to facilitate better,” he said. It was said, the discovery of this statue further strengthened Dieng’s potential wealth. “Besides having geothermal potential, Dieng also has cultural and historical tourism potential. In the future, it is necessary to dieng dieng as the center of national culture because of the many relics of the ancient kingdom, “he continued.