Contents hide
1 About Kalaseshwara Temple
2 History
2.1 Shri Kshetra Ganagapurdatta Temple Read More
3 How to Reach
3.1 Share this:
3.2 Like this:
3.3 Related 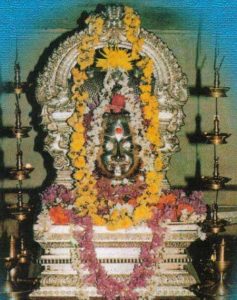 Agasthya traveled southward and resided in Kalasa from where he watched the wedding.

The Girija Kalyana (marriage of Lord Shiva and Parvathi) is celebrated in Kalasa every year to commemorate this tradition. This auspicious occasion falls on Karthika Shuddha Ekadashi of the Lunar calendar.

In this temple, Goddess Parvati is worshipped as Sri Sarvanga Sundari Amma.

The gateway of the temple is built in Malnad style is adorned by statues of a male and female elephants. They are worshiped as Aneganapathi. 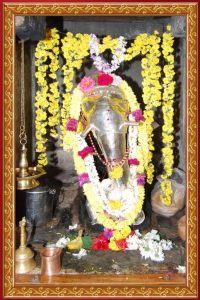 Some important temples in Kalasa are:

Koti Theertha signifies that a pilgrimage to this place is equivalent to visiting a Crore Holy Waters.

By Air: Mangalore’s Bajpe airport is closest to the town, around 115 kilometres away.

By Road: Kalasa can be reached by KSRTC and private buses