Bisaldev temple is located beside the Bisalpur Dam on the Banas River, in the To… 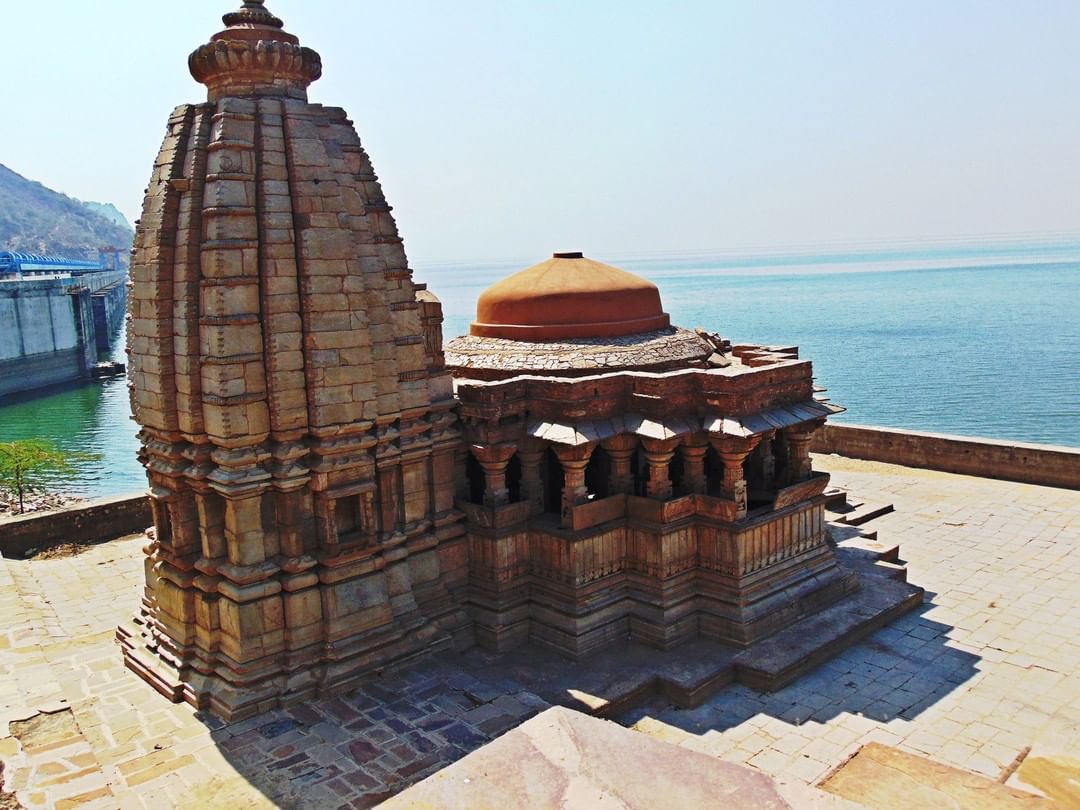 Bisaldev temple is located beside the Bisalpur Dam on the Banas River, in the Tonk district of Rajasthan state, BHARAT (India). ????

Dedicated to Gokarneshvara (aspect of God Shiv). A Monument of National Importance, it was commissioned by the 12th century Chahamana ruler Vigraharaja IV, who is also known as Bisal Deo. ????

History:
********
The temple is located in Bisalpur or Visalpur, which was also earlier known as Vigrahapura. The town was established by the Chahamana king Vigraharaja IV alias Visala or Bisal Deo (r. c. 1150–1164 CE). The king commissioned the temple that is now known as Bisal Deoji’s temple. ????

The courtyard of the temple is now partly submerged by the waters of the Bisalpur Dam reservoir whenever the water level is high; before the construction of the #dam in the 1990s, the temple stood on the top of a hill overlooking the confluence of the Banas and the Dai rivers.

The Archaeological Survey of India has classified the structure as a Monument of National Importance. The organization has also carried out a restoration of the temple.

Architecture:
**************
The architectural plan of the temple measures 22.2 by 15.3 metres (73 by 50 ft). The building comprises a garbhagriha (sanctum), a shikhara (tower), an antarala (vestibule), a square mandapa (hall) with a hemispherical dome, and a portico. It features a pancharatha projection. The sanctum houses a linga (a symbol of Shiva). The pillars of the temple feature carvings of floral festoons, chain-and-bell and circular medals. PC- Gsuruchi06