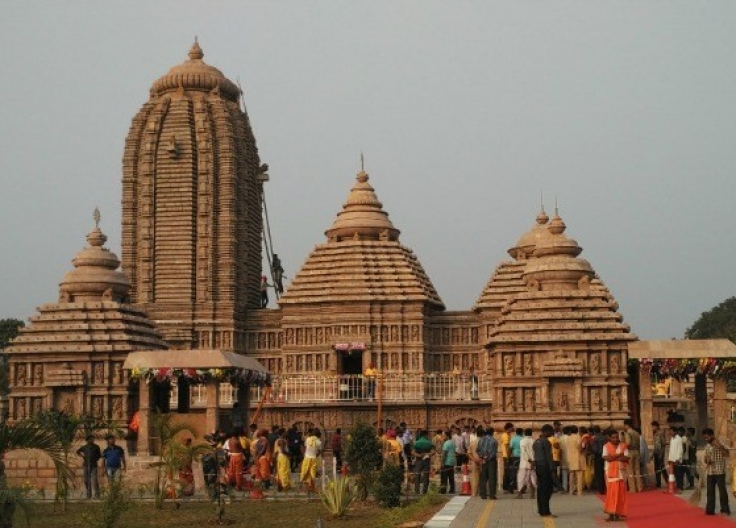 Hindu temple dedicated to Jagannath and located on the eastern coast of India, at Puri in the state of Odisha.

The temple is an important pilgrimage destination for many Hindu traditions, particularly worshippers of god Krishna and god Vishnu, and part of the Char Dham pilgrimages that a Hindu is expected to make in one’s lifetime. Even though the icons of most Hindu deities that are worshiped are made out of stone or metal, the image of Jagannath is wooden. Every twelve or nineteen years these wooden figures are ceremoniously replaced by using sacred trees, that have to be carved as an exact replica. The reason behind this ceremonial tradition is the highly secret Navakalevara (‘New Body’ or ‘New Embodiment’) ceremony, an intricate set of rituals that accompany the renewal of the wooden statues. 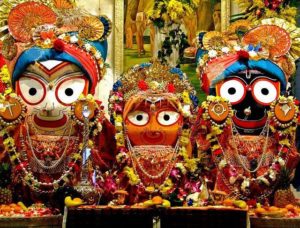 The temple was built in the 12th century atop its ruins by the progenitor of the Eastern Ganga dynasty, King Anantavarman Chodaganga Deva. The temple is famous for its annual Rath Yatra, or chariot festival, in which the three main temple deities are hauled on huge and elaborately decorated temple cars. Since medieval times, it is also associated with intense religious fervour. The temple is sacred to the Vaishnava traditions and saint Ramananda who was closely associated with the temple. It is also of particular significance to the followers of the Gaudiya Vaishnavism whose founder, Chaitanya Mahaprabhu, was attracted to the deity, Jagannath, and lived in Puri for many years.

The Gods Jagannath, Balabhadra and the Goddess Subhadra constitute the main trinity of deities worshiped at the temple. The temple iconography depicts these three Gods sitting on the bejewelled platform or the Ratnabedi in the inner sanctum. The Sudarshan Chakra, deities of Madanmohan, Sridevi and Vishwadhatri are also placed on the Ratnavedi. The temple icons of Jagannath, Balabhadra, Subhadra and Sudarshan Chakra are made from sacred Neem logs known as Daru Brahma. Depending on the season the deities are adorned in different garbs and jewels. Worship of these deities pre-date the temple structure and may have originated in an ancient tribal shrine. According to the recently  discovered copper plates from the Ganga dynasty, the construction of the current Jagannath temple was initiated by the ruler of Kalinga, ‘Ananta varman Chodaganga’. The Jaga mohan and the Vimana portions of the temple were built during his reign (1078 – 1148 CE). However, it was only in the year 1174 CE that the Oriya ruler Ananga Bhima Devarebuilt the temple to give a shape in which it stands today.  Jagannath worship in the temple continued until 1558, when Odisha was attacked by the Afghan general Kalapahad. Subsequently, when Ramachandra Deb established an independent kingdom at Khurda in Orissa, the temple was consecrated and the deities reinstalled.

Temple has 4 entrances in all directions.Temple security is selective regarding who is allowed entry. Practicing Hindus of non-Indian descent are excluded from premises, as are Hindus of non-Indian origin. Visitors not allowed entry may view the precincts from the roof of the nearby Raghunandan Library and pay their respects to the image of God Jagannath known as Patitapavana at the main entrance to the temple. There is some evidence that this came into force following a series of invasions by foreigners into the temple and surrounding area. Buddhist and Jain groups are allowed into the temple compound if they are able to prove their Indian ancestry. The temple has slowly started allowing Hindus of non-Indian origin into the area, after an incident in which 3 Balinese Hindus were denied entry, even though Bali is 90% Hindu.

The temple remains open from 5 am to 12 midnight. Unlike many other temples devotees can go behind the idols(go round the idols).All devotees are allowed to go right up to the deities during the Sahana Mela without paying any fees . The Sahana mela or the public darshan is usually following the abakasha puja between around 7 to 8 am in the morning. Special darshan or Parimanik darshan is when devotees on paying 50 Rupees are allowed right up to the deities. Parimanik darshan happens after the dhupa pujas at around 10 am, 1 pm and 8 pm . At all other times devotees can view the deities from some distance for free. The rathyatra occurs every year some time in the month of July. 2 or 6 weeks before Rathyatra (depending upon the year) there is a ritual of Lord undergoing “Bhukaar” (sick) hence the idols are not on “Darshan”. Devotees to make a note of this before they plan to visit the lord.