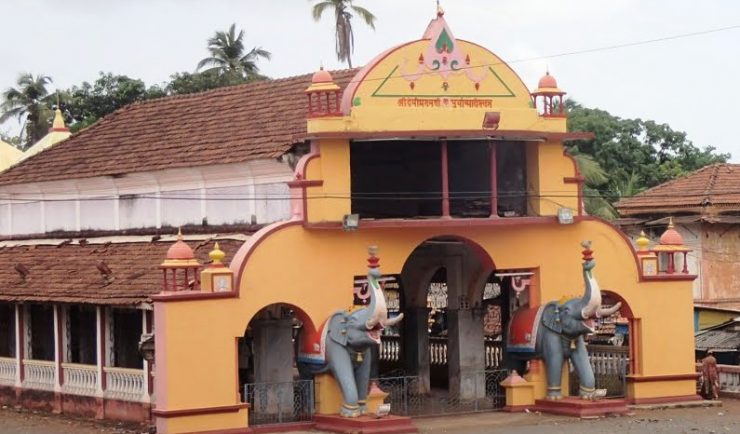 The temple of Sri Bhagwati is quite unique and is dedicated to Goddess Bhagwati who is an incarnation of Goddess Parvati, the consort of Lord Shiva. The Shri Bhagwati temple is an ancient temple in Goa. It is said to be more than 500 years old and is situated on the side of the main road.

The Portuguese rule was quite disadvantageous for the existing temples in Goa as they had to face destruction and devastation at the hands of the foreign rulers. Very few temples survived the wrath of the invaders. Shri Bhagwati Temple is one of the few temples that were allowed to stand.

The main festival celebrated at this temple is Dussehra. The festival is one of the main attractions here and is celebrated with gaiety from Ashwin Shuddha Pratipada to Poornima. At that time more than twenty-five thousand devotees assemble at the temple.

By Road: At a distance of 27 km from Panjim Kadamba Bus Stand.