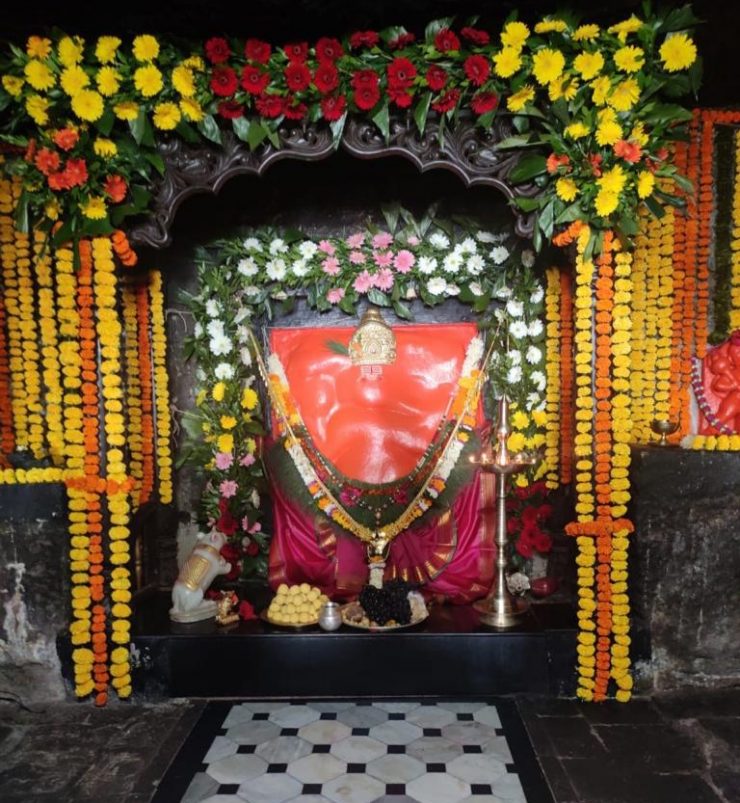 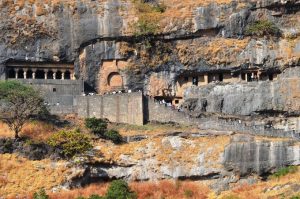 Lenyadri is situated on the North-west bank of river Kukadi. Here, Lord Ganesh is worshipped as Girijatmaja. The Lord is believed to be his manifestation as an infant. Girija is another name for Goddess Parvati and Atamaj means ‘Son’. This place is referred to as Jirnapur or Lekhan Parbat in Ganesh Puran.

The temple is carved out of a single stone hill, which has 307 steps. The temple features a wide hall with no supporting pillars. The temple hall is 53feet long, 51feet wide, and 7feet in height.

The idol of Lord Vinayaka faces north with its trunk to the left and has to be worshipped from the rear of the temple.

The temple faces south. The main highlight of the temple is, There is no electric bulb in the temple. The temple is constructed such that during the day it is always lighted up by the sun-rays.

Goddess Parvati’s creation of a child from the dirt of her body, who is now worshipped by everyone. She desired to see her child as an infant and underwent severe penance to achieve this objective. Her desire was granted and Lord Ganesh is said to have reincarnated himself as an infant and lived in the Lenayadri hills for 12 years.

By Air: The nearest airport to Lenyadri is Pune airport.

By Train: The nearest station is Talegaon Railway station

By Road: The temple is situated 12 km from Narayangaon, which is about 94 km from Pune on the Pune-Nashik highway. We can take a private vehicle, cab, or bus to reach Lenyadri caves via Junnar