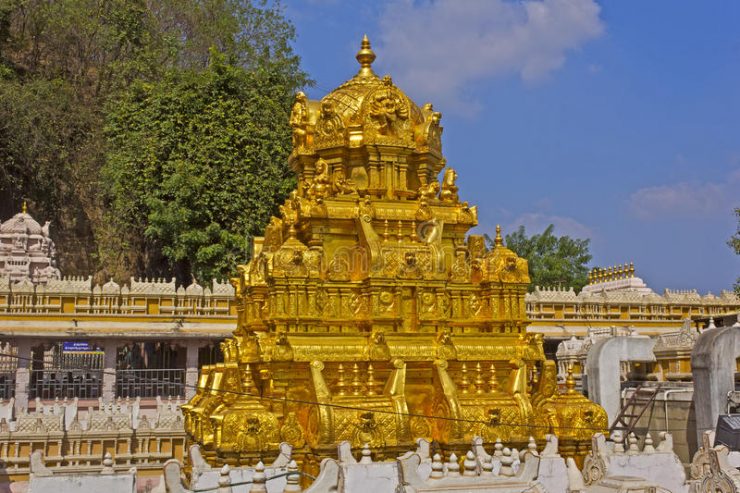 According to a legend, the now verdant Vijayawada was once a rocky region strewn with hills that obstructed the flow of River Krishna. The land was thus rendered unfit for habitation or cultivation. Invocation to Lord Shiva for His intervention directed the hills to make way for the river. And the river started flowing unimpeded with all its might, through the tunnels or “Bejjam” bored into the hills by Lord Shiva. That is how the place got its name Bezawada. 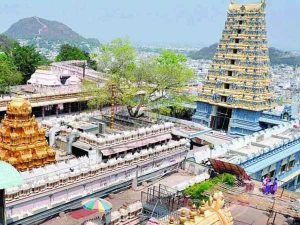 One of the many mythologies associated with this place is that Arjuna prayed to Lord Shiva on top of Indrakeela hill to win His blessings and the city derived its name “Vijayawada” after this victory. Another popular legend is about the triumph of goddess Kanakadurga over the demon King Mahishasura It is said that the growing menace of demons became unbearable for the natives. Sage Indrakila practiced severe penance, and when the goddess appeared the sage pleaded Her to reside on his head and keep a vigil on the wicked demons. As per his wishes of killing the demons, Goddess Durga made Indrakila Her permanent abode. Later, She also slew the demon king Mahishasura freeing the people of Vijayawada from evil. 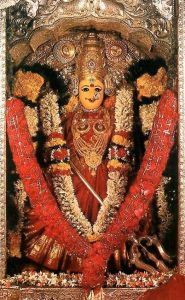 At the Kanakadurga temple, the enchanting 4-foot-high (1.2 m) icon of the deity is bedecked in glittering ornaments and bright flowers. She is shown eight arms, each holding a powerful weapon, in a standing posture over the demon Mahishashura and piercing him with her trident The goddess is the epitome of beauty.

Adjacent to the Kanakadurga temple is the shrine of Malleswara Swamy on the Indrakeeladri. By ascending the steps on the hill, one comes across little images of different deities, prominent among them are Kanaka Durga, Malleswara, and Krishna(River).

By Air: Nearest Airport is Vijaywada Airport which is 25 km via NH16.