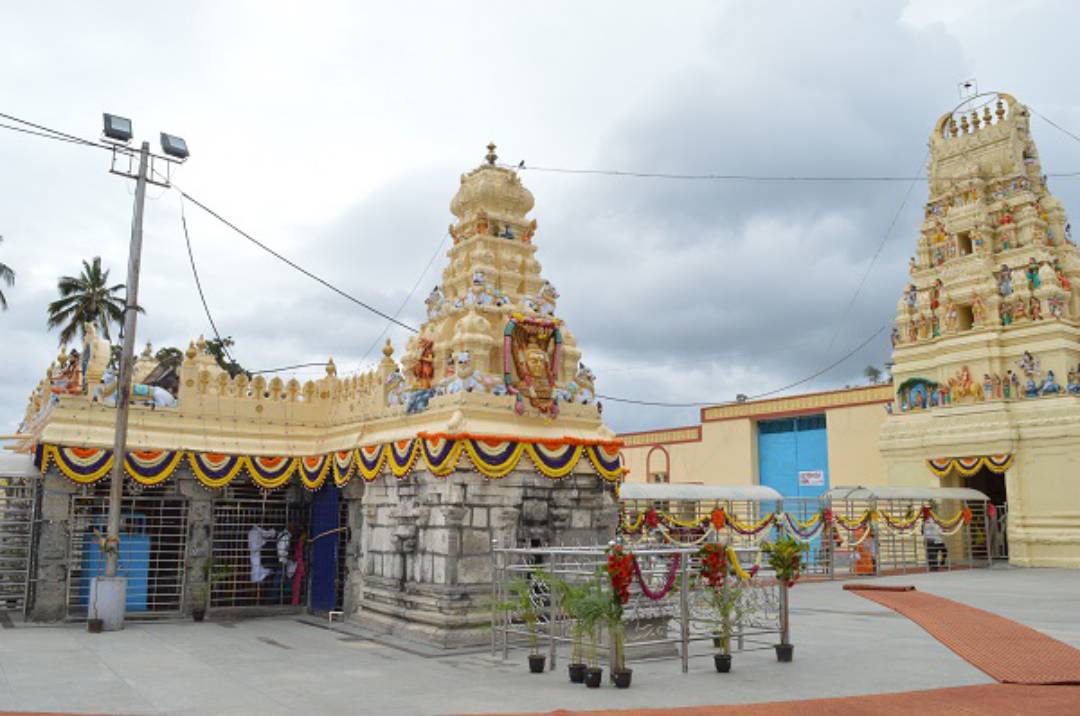 Uttarajamma and has descended to earth and has for the fist time seen near Shri Shailadha Mallikarjuna Linga, nearly 600 years ago; has come through Sutturu, Kunduru, then to the centre of Seven Hills; this place being felt to be comfortable desired to stay in the place of temple; and incarnation of Lord Eswara and kept tiger as his Vehicle.

Travelled through the hills and the surroundings area, spent his childhood, youth and aged life in between the hills and on the basis of his yogi powers has displayed his various miracles. He has transformed the life of the people belonging to Beda and Soliga Community and has solved the problems through his yogic powers and has converted the people by Lingadharana as Veerashaiva philosophy and he has placed the people belonging to Bedagampana alone should be allowed to perform puja and others to do ceremonies and religious activities and elevated from human beings to that of devatha and settled in the hearts of his devotees by accepting the offering of puja heartly and the persons staying in between the hills Shri Male Mahadeshwara Swamy.