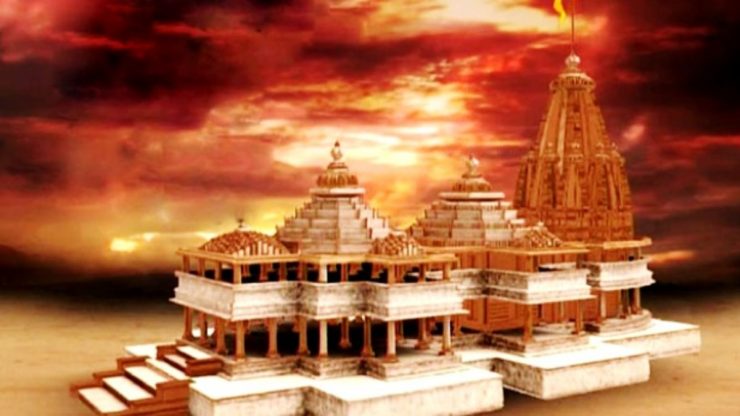 In 1853, a group of armed Hindu ascetics belonging to the Nirmohi Akhara occupied the Babri Masjid site and claimed ownership of the structure. Subsequently, the civil administration stepped in, and in 1855, divided the mosque premises into two parts: one for Hindus, and the other for Muslims.

In 1883, the Hindus launched an effort to construct a temple on the platform. When the administration denied them the permission to do this, they took the matter to court. In 1885, the Hindu Sub Judge Pandit Hari Kishan Singh dismissed the lawsuit. Subsequently, the higher courts also dismissed the lawsuit in 1886, in favour of status quo. In December 1949, some Hindus placed idols of Rama and Sita in the mosque and claimed that they had miraculously appeared there. As thousands of Hindu devotees started visiting the place, the Government declared the mosque a disputed area and locked its gates. Subsequently, multiple lawsuits from Hindus, asking for permission to convert the site into a place of worship. 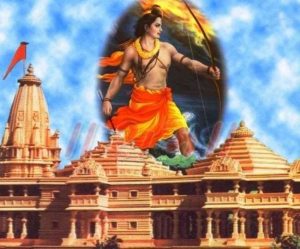 In the 1980s, the Vishwa Hindu Parishad (VHP) and other Hindu nationalist groups and political parties launched a campaign to construct the Ram Janmabhoomi Mandir (“Rama birthplace temple”) at the site. The Rajiv Gandhi government allowed Hindus to access the site for prayers. On 6 December 1992, Hindu nationalists demolished the mosque, resulting in communal riots leading to over 2,000 deaths.

In 2003, the Archaeological Survey of India (ASI) conducted excavations of the site on court orders. The ASI report indicated the presence of a 10th-century temple under the mosque. Muslim groups and the historians supporting them disputed these findings and dismissed them as politically motivated. The Allahabad High Court, however, upheld the ASI’s findings. In 2010, Court ruled that the 2.77 acres (1.12 ha) of Ayodhya land be divided into 3 parts, with 1/3 going to the Ram Lalla or Infant Lord Rama represented by the Hindu Maha Sabha for the construction of the Ram temple, 1/3 going to the Islamic Sunni Waqf Board and the remaining 1/3 going to a Hindu religious denomination Nirmohi Akhara. The excavations by the Archaeological Survey of India were heavily used as evidence by the court that the predating structure was a massive Hindu religious building.

In 2009, the Bharatiya Janata Party (BJP) released its election manifesto, repeating its promise to construct a temple to Rama at the site.

BY AIR: Lucknow airport is 150 km west of the city. The airport is well connected to Delhi, Kolkata, Chennai, Bengaluru, Jaipur and Mumbai by regular flights. There are taxis and jeeps available from the airport to reach Ayodhya.

BY ROAD: Ayodhya has not developed an exact connection with the neighbouring cities. Though, one can get buses till the nearest bus station from Ayodhya. Varanasi is around 130 km from Lucknow, 200 km from Varanasi, 160 km from Allahabad, 140 km from Gorakhpur and about 636 km from Delhi. If one wishes to travel from there, there are options like tempo and taxis.